Skip to content
August 12, 2020
Nigeria
After a 10yrs Old boy lost his mother, his ordeal began. He was starved by her father and step mother.
The 10yrs Old boy, Jamilu Aliyu was reportedly chained like a dog in a goat stall for two years until he was rescued by a human right group.
It was a very bad ordeal to Jamilu Aliyu as he feed upon food given to animals he was staying together with in the stale. 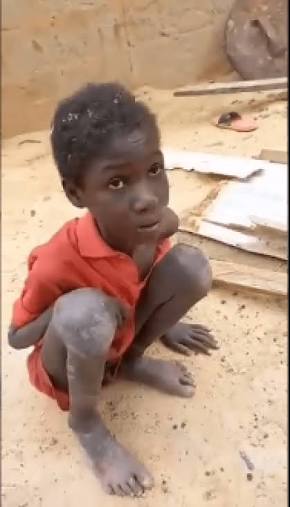 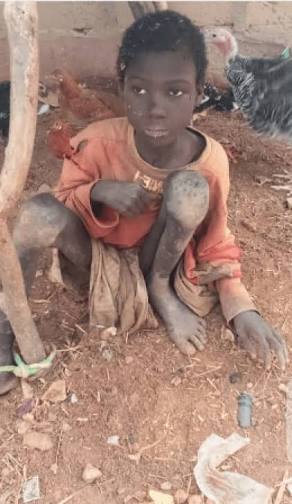 Kebbi State Government New Media Assistant, Aliyu Argungu revealed that sometimes the 10yrs Old boy descends to eating his own faeces in other to survive.

He emaciated, dehydrated and partially disformed. What do you expect from a little boy that doesn’t eat ‘junk’ food talk more of good food.
The Animals he has been living with influenced him to the extend he sometimes behaves like an animal, he limps like an ape instead of walking like normal human being.
Meanwhile, Kebbi State Government has taken over the responsibility of an abandoned child who was rescued by a human rights group. 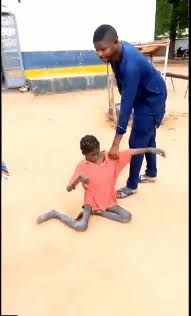 He is at Yahaya Specialist Hospital Birnin┬Ā now responding to treatment. 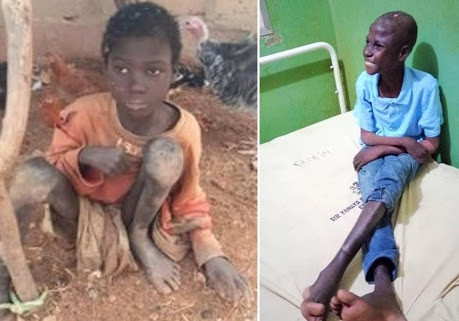 For his Father (Mr. Aliyu Badariya) and Stepmothers, they are in police net. Kebbi state government vows they will face the wrath of the law.

The state Governor, Atiku Bagudu has submitted a bill to the House of Assembly for protection of victims and penalties for such offences.
(Visited 532 times, 1 visits today)
0
Subscribe to our Youtube Channel : 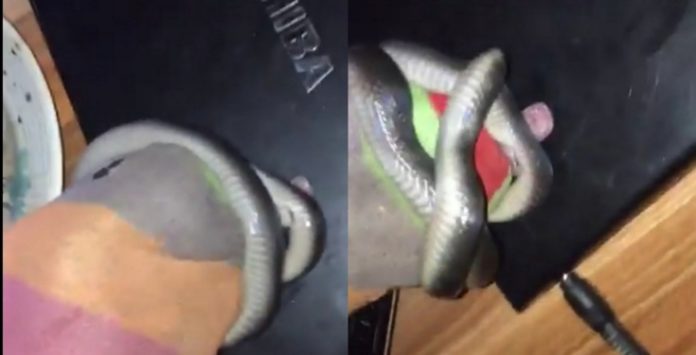