A gang of three men in Machinga have sued a businessman for assaulting them during a robbery that went wrong on Thursday.

It is reported that on wee hours of Thursday the trio ganged up to steal from a shop at Machinga Trading Centre but failed and were beaten by shoo owner who apprehended them.

The gang which is alleged to have members in most districts of the country and some parts of Mozambique operates based on ethics and take offense when people they steal from do not do the same.

According to one of the gang members, Pachalo Mzolo, the businessman used provocative words whilst beating and tying them after being overpowered.

â€śHe did not just beat us up and tie us coldly but he also used vulgar words, saying we were stupid and uncircumcised Philistines to come to his shop early in the morning after cockroaches have already defecated,â€ť he groaned.

Mzolo also confessed that it was their first professional robbery as a group on the trading centre and they targeted to walk away with only K500, 000 cash and few expensive merchandises but blamed the owner of the shop for using charms to trap them.

He said: â€śWe managed to enter the shop but we ended up mopping the flow and counting the money, then the owner popped out from no where and started harassing us. We know our rights, he should have never done that. 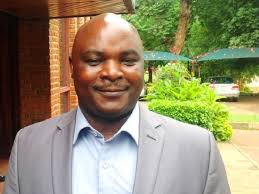 Our test kits are not faulty â€“ Health Minister