Democratic Progressive Party (DPP) Vice President for the South Kondwani Nankhumwa was on Wednesday summoned to appear before the party’s disciplinary hearing for endorsing himself as leader of opposition.

This has been confirmed in a letter dated September 10, 2020 addressed to Nankhumwa signed by Charles Mhango, Secretary of the disciplinary committee seen by this publication.

According to the letter, former President Peter Mutharika appointed former Minister of Agriculture Dr. George Chaponda as leader of opposition and Nakhumwa as the party Chief Whip but he refused to take up the position. 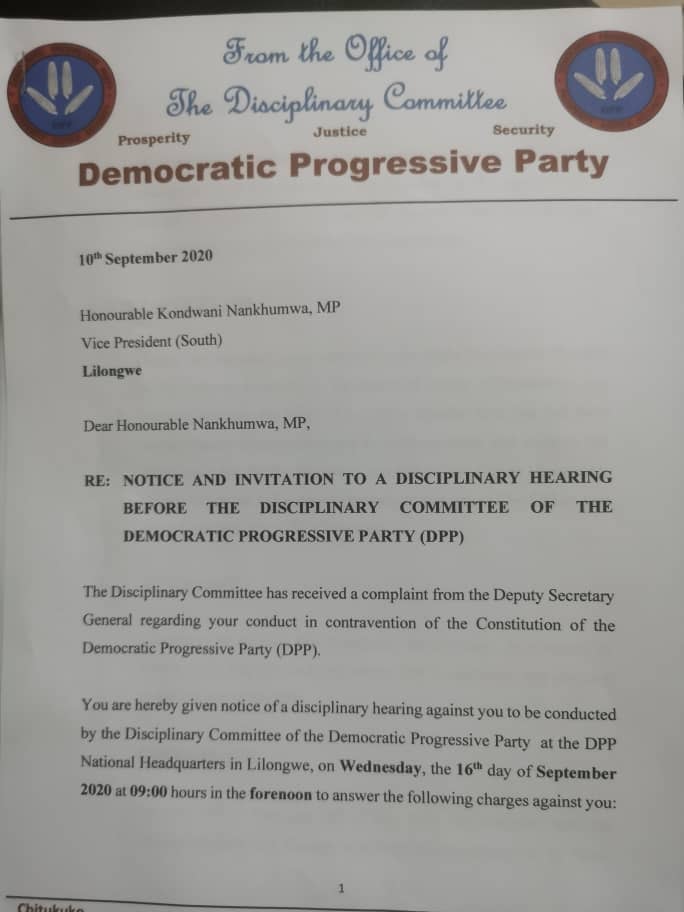 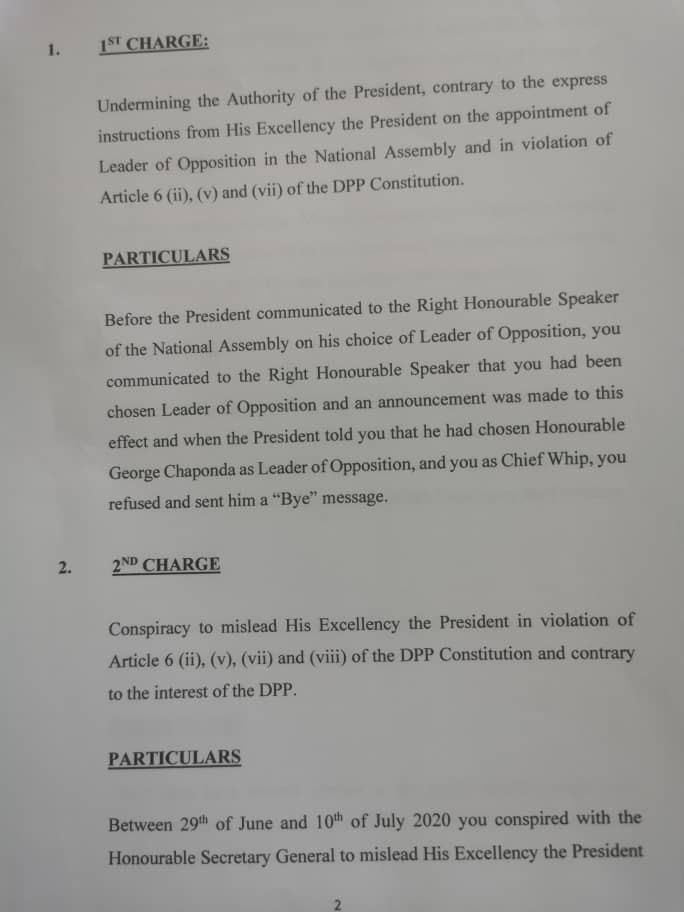 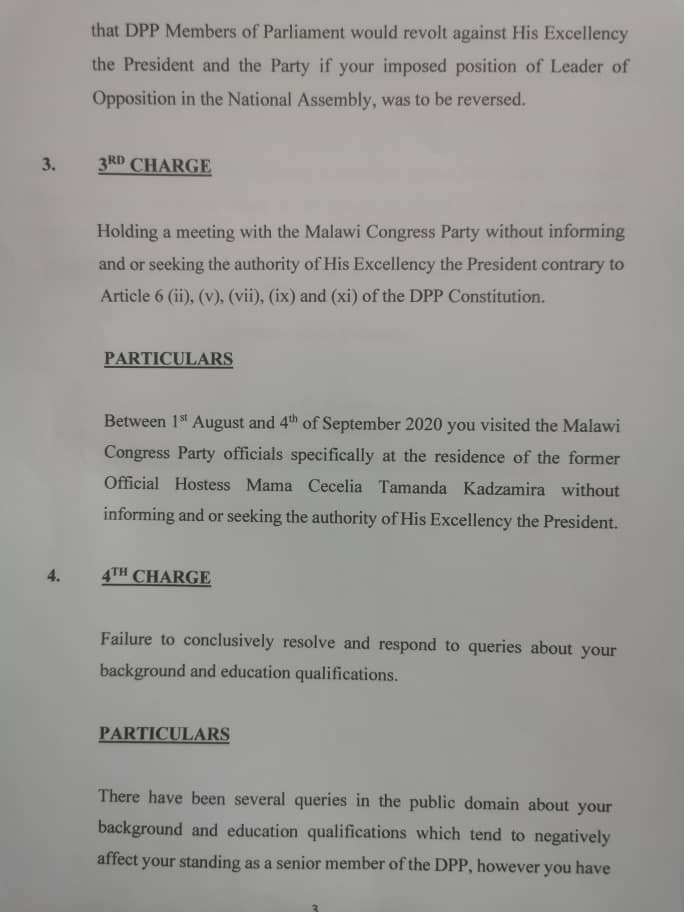 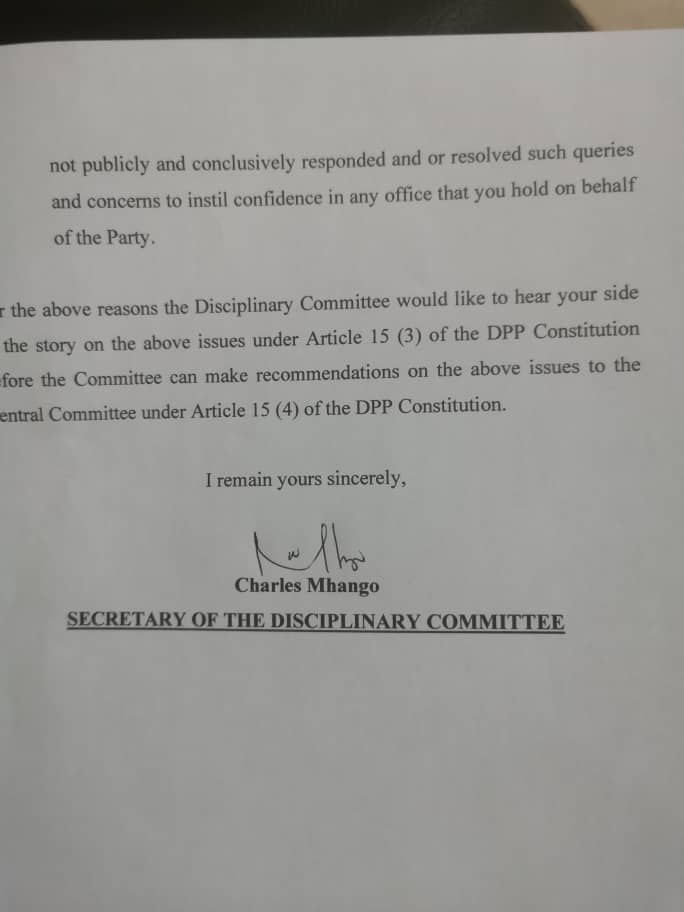