The CCAP Livingstonia Synod says abortion and same sex marriages have no place in its churches as they are not allowed by God.

Moderator of the Synod Reverend Levi Nyondo was speaking on Sunday at St Andrews Church in Mzuzu.

Moderator of the Synod Reverend Levi Nyondo was speaking on Sunday at St Andrews Church in Mzuzu.

Nyondo went ahead issuing a warning to medical practitioners working under the synod not to carry out any abortion.

Nyondo then appealed to Members of Parliament in the August House to shoot down the abortion bill which will be presented as a private memberâ€™s bill.

In Malawi, abortion is illegal but there are exceptions for circumstances in which the pregnancy poses a threat to the life to the pregnant girl or woman.

It is also permitted in situations where the woman or girl has a medical condition and where the pregnancy is a result of rape or defilement.

Health activists, however, argue that girls and women who want to terminate pregnancy under conditions permitted by the law are sometimes turned away hence the need to enact the proposed Termination of Pregnancy law. 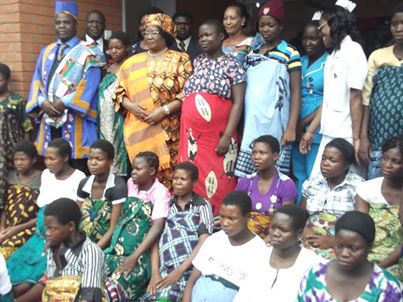 Message from Her Excellency Dr. Joyce Banda is clear: No woman should die while giving birth.