Skip to content
November 3, 2020
Local Malawi News
Initiation rites are seen as fundamental to human growth and development and socialization. They function ritually, marking the transition of someone to full group membership.

These rites of passage take different shapes. One of such initiation rites is sexual cleansing, a common practice in several African countries where a woman is expected to sleep with a man after her first period, after becoming widowed, or after an abortion, as a cleansing ritual.

In Malawi, they force girls to sleep with a paid sex worker, known as a ÔÇťhyenaÔÇŁ, once they reach puberty. Most villages in Malawi have an elderly woman, known as ÔÇťnankungwiÔÇŁ, who is an expert in sexual health issues.

She is often a traditional birth attendant as well and acts as the chief counselor to young stars. She gives instruction and advice to start to prepare for their new experiences and roles, such as menstruation and marriage.

However, many girls are pushed past this basic level of instruction towards sexual cleansing when they are given the impression that without it they will suffer great misfortune or become diseased.

Most submit and take part because it is an important part of their culture and their parents and community expect it of them.

In fact, those who partake in the rites reportedly feel elevated above those who did not, and they are encouraged to avoid associating with non-starts.

ÔÇťEveryone makes sure their child goes to the initiation ceremony because you will not be accepted in the community otherwise,ÔÇŁ

Jean Mweba, an education program specialist for reproductive health and adolescent health at the United Nations Population Fund, told CNN. ÔÇťItÔÇÖs an issue of being accepted into the community.ÔÇŁ Once the young girls can understand the concept of making love, they are sent to ÔÇťinitiation ceremoniesÔÇŁ or sex camps to complete the ritual. Hyenas are chosen for their moral character and are believed to be incapable of catching diseases such as HIV/AIDS.

This is however false as many of them have the disease. On 26 July 2016 Eric Aniva, a hyena was arrested on the orders of Malawian President Peter Mutharika. They sentenced him to two years in prison for sleeping with more than 100 women and girls and not disclosing his HIV status. A week before his arrest, Aniva had featured in a BBC broadcast the 27-minute radio report ÔÇťÔÇśStealing InnocenceÔÇÖ in Malawi,ÔÇŁ in which he bragged about having being paid to sleep with over 100 young girls and women, some as young as 12 years old. 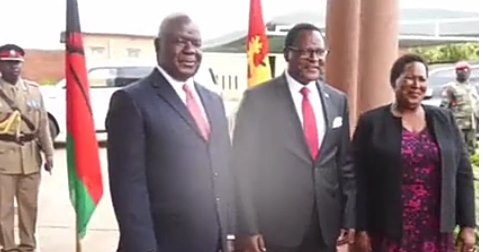