President-elect Joe Biden is bringing back Secretary of State John Kerry as part of a cabinet that is high on former Obama Administration officials as well as racial and ethnic diversity.

Kerry, who served as secretary of state under Obama and the Democratic Party nominee in 2004, is to be Biden‚Äôs climate czar. The two men overlapped for years in the Senate and shared a focus on international issues.

Kerry also helped negotiate the Paris climate accord as well as the Iran nuclear deal, which both became targets for President Trump.

He will be Special Presidential Envoy for Climate and will serve on the White House national security counsel.

Bringing Kerry in as a close advisor demonstrates there are no hard feelings after the former Massachusetts senator committed a flub on the campaing trail after Biden faced an early stumble in the primaries.

Kerry was forced to knock down a ‚Äòf***ing‚Äô false report that he might run for president after he was overheard in an Iowa hotel lobby talking about contingencies if rival Sen. Bernie Sanders prevailed. ‚ÄòAs I told the reporter, I am absolutely not running for President. Any report otherwise is f***ing (or categorically) false,‚Äô Kerry wrote in a tweet he immediately deleted.

Biden is moving to fill out his national security team with a raft of appointments to top positions that signal his intent to repudiate the Trump administration‚Äôs ‚ÄòAmerica First‚Äô doctrine.

The six picks announced on Monday, almost all of them alumni of the Obama administration, represent a fundamental shift away from President Donald Trump¬¥s policies and personnel selections. They also mark a return to a more traditional approach to America¬¥s relations with the rest of the world and reflect Biden¬¥s campaign promises to have his Cabinet reflect the diversity of the American population.

In choosing foreign policy veterans, Biden is seeking to upend Trump¬¥s war on the so-called ‚Äòdeep state‚Äô that saw an exodus of career officials from government. He will nominate his longtime adviser Antony Blinken to be secretary of state, lawyer Alejandro Mayorkas to be homeland security secretary, Linda Thomas-Greenfield to be ambassador to the United Nations, Jake Sullivan to be his national security adviser, Avril Haines to be Sullivan‚Äôs deputy, and former Secretary of State John Kerry to be his climate change envoy.

The choices also suggest Biden intends to make good on campaign promises to have his Cabinet reflect the diversity of the American population with Greenfield, a Black woman, at the helm of the U.S. Mission to the United Nations and Mayorkas, a Cuban-American lawyer who will be the first Latino to lead Homeland Security.

They ‚Äòare experienced, crisis-tested leaders who are ready to hit the ground running on day one,‚Äô the transition said in a statement. ‚ÄòThese officials will start working immediately to rebuild our institutions, renew and reimagine American leadership to keep Americans safe at home and abroad, and address the defining challenges of our time ‚Äì from infectious disease, to terrorism, nuclear proliferation, cyber threats, and climate change.‚Äô 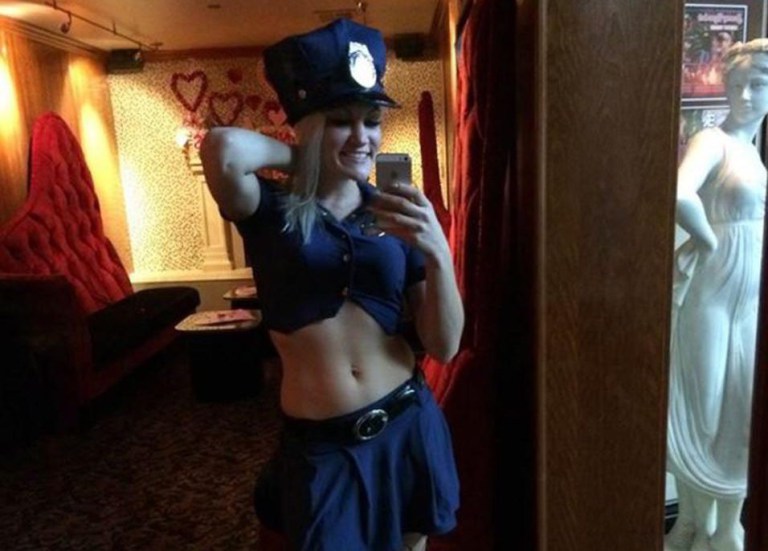 Pregnant Prostitute Vows To Keep On Working Till She Gives Birth