A Zimbabwean man is lucky to be alive after thieves pounced on him when he was in the middle of having car sex with his girlfriend.

The thieves who were armed with a knife and a knobkerrie allegedly stabbed the man, identified as Ngonidzaishe Ninge (42), several times before living him for dead in a pool of his own blood.

According to reports from a local publication the thieves also stole valuables worth US$5,300 including a Samsung Galaxy Note 8.

It is alleged that Ngonidzashe (42) and his girlfriend Nozizwe Khumalo (21) decided to treat themselves to some car sex when thieves interrupted them smashing windows of both the passenger and driverās side.

The unidentified assailants took the couple to a nearby bush between Hyde Park Shops and Nkulumane complex were they repeatedly assaulted them.

A source told the local publicationĀ  that:

āThey took turns to clobber Ninge while accusing him of taking advantage of Nozizwe saying she was too young for him,ā said the source.

Another source to the Bulawayo based tabloid said that Mr Ninge was stabbed three times on the head and had wounds and bruises all over his body.

After the terrifying ordeal, Nozizwe Khumalo called the police to make a report.

When the police arrived at the scene they called for an ambulance that took Ninge to Mater Dei Hospital for medical attention.

We are investigating a case of attempted murder where a man was attacked while he was having sex in a car with his girlfriend at around 7.30 pm at a bushy area which is between Hyde Park Shops and Nkulumane complex. He was robbed of his Samsung Galaxy Note 8 and cash, all valued at US$5 300. We would like to urge community members not to indulge in sex in the bush because itās illegal and dangerous, she said 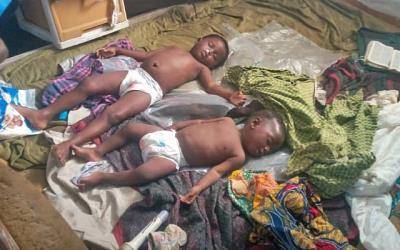