A mob in Dedza has murdered a man after accusing him of stoning a woman to death in the district.

Kamkuza, aged 56, died last week after unknown assailants crashed her head with a big stone as she slept outside her house alongside her husband due to hot weather.

After the burial of late Kamkuza, some people reported to Mtakataka Police that Bikiyele Alfred could be a possible suspect, claiming that the late Kamkuza rejected his attempt to marry her daughter.

It is alleged that Alfred kept on threatening her that one day he would take undisclosed action against her as punishment for the rejection.

Upon receiving such information Mtakataka police immediately launched a manhunt.

On Sunday, Alfred fell into the hands of bereaved family members and was severely wounded. He was taken to Mua Mission Hospital while unconscious where he has died as a result of the assault.

Dedza Police Station has since condemned the vengeful mob attack as it is against the justice system.

According to police, it will be difficult to trace the one who stoned the late Kamkuza since the prime suspect has died.

It is the legal principle that one is considered innocent until proven guilty by competent court of the law.

Alfred hailed from Hau village in the area of Traditional Authority Kachindamoto in Dedza. 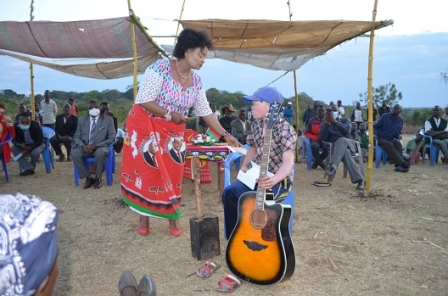