The United States has executed Brandon Bernard, a Black man involved in the 1999 killing of a couple despite appeals from advocacy groups, jurors, and others after President Donald Trump ordered series of prisoner executions in his final days in office.

Bernard, 40, from Texas, was on Thursday, December 10, given a lethal injection at the federal prison in Terre Haute, Indiana.

He was 18 when he and four other teenagers participated in the murders of Todd and Stacie Bagley, a couple on their way from a Sunday church service in Killeen, Texas in 1999.

Bernard is the ninth federal inmate who has been executed since July when US President Donald Trump lifted a 17-year freeze on federal executions.

His execution came days after Trump ordered series of federal executions in his final days in office after losing his re-election to Democrat Joe Biden.

Bernard’s case drew the attention of anti-death penalty advocates, celebrities including reality star Kim Kardashian as they pleaded for pardon and highlighted several factors including his age when the crime occurred and how race influenced his sentencing.

The American Civil Liberties Union (ACLU), a nationwide civil rights group, tweeted before Thursday’s execution that “5 of the 9 jurors who sentenced him to die, as well as the appellate prosecutor who pushed for a death sentence, now do not believe he should die”.

“The federal government should not be allowed to kill Brandon Bernard – or anyone. Tonight’s execution should not go forward,” the group said.

Reality TV star, Kim Kardashian was among those who had asked Trump to stop the execution.

She made a last-minute appeal on Thursday, saying she had spoken to Bernard on the phone shortly before his execution. 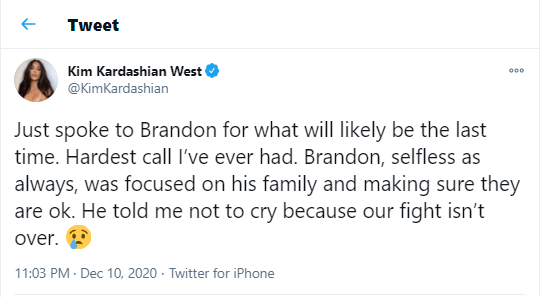 The mother of four later confirmed his death in a series of tweets and revealed his last messages before he was put to death. 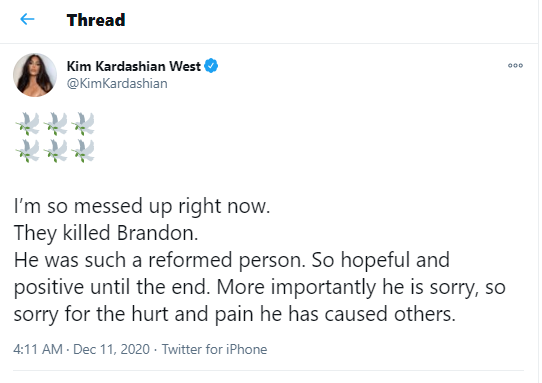 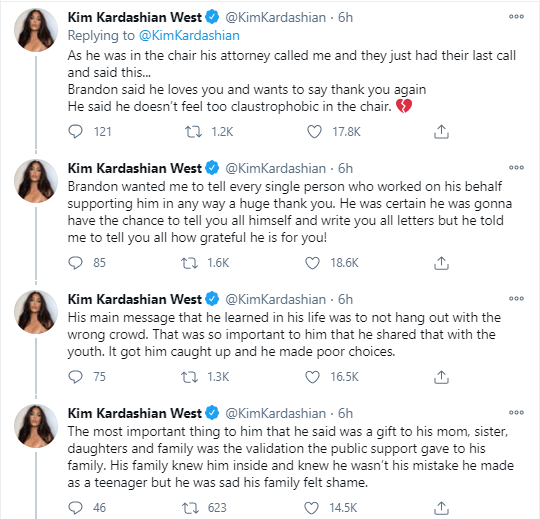 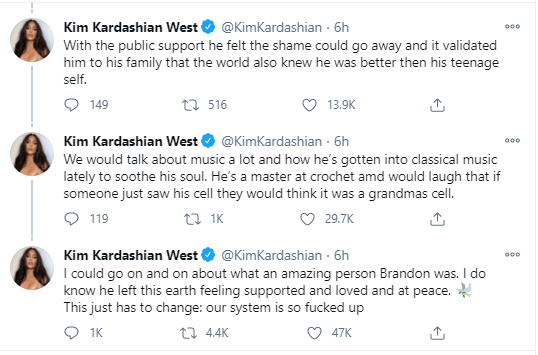 Previous article
Man, 25, continuously rapes woman, 84, makes her believe it was her late husband that was sleeping with her
Next article
Police Officer Is Busted Defiling 8 Years-Old Girl In Her Parents’ House