Meet The Youngest King In The World Who Was Crowned At Age 3,Now 28 Years-Old

A lot of people might find it strange that a three years old boy was crowned King because, 3 years old are kids in all parts of the World.

Although king Oyo was crowned King at a very young age, he has elders who guided him till he became old enough to make decisions on his own. ‘King Oyo Nyimba Kabamba Iguru Rukidi IV’ who is the ruler of the Popular Toro Kingdom in Uganda is the youngest King in The World.

He was born in the year 1992 but Unfortunately, he lost his father in the year 1995, he was the only heir to the Throne because he is the eldest son of his father so he was crowned King according to the customs and Tradition of Toro Kingdom. King Oyo Nyimba ruled Toro Kingdom with the assistance of some selected elders until he became old enough to make decisions on his own. When he became King he won Guinness World Record as the ‘Youngest Monarch’ in the World. 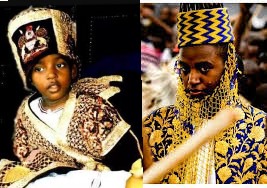 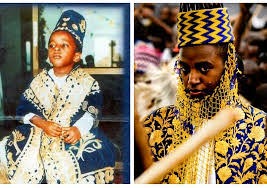 King Oyo has been ruling Toro Kingdom for more than 25 years, he is now 28 years old and he is still the youngest King in the World. See more of his recent pictures below.