Kenya Police in the capital Nairobi have launched a hunt for a middle-aged man who on Thursday morning killed his girlfriend and set her body on fire.

Margaret Muchemi had invited her estranged boyfriend to her home to ‚Äúiron out their differences‚Äù.

The suspect, who was carrying a backpack, arrived at the deceased‚Äôs home at around 8am Thursday, Muchemi‚Äôs two house-helps, Damaris Nyamusi and Zainab Naila, told local publication K24 Digital.

‚ÄúWe offered him tea, but he said he was okay. All through, he cut a figure of a quiet and disturbed man,‚Äù said the nannies.

After a while, Muchemi, a 34-year-old mother of one (a 4-year-old son), asked Nyamusi and Naila to both go buy meat at a nearby butcher‚Äôs shop.

‚ÄúWhen we reached the butcher‚Äôs shop and ordered meat costing Ksh500, we called our employer and asked her to send the money, but she said she hadn‚Äôt loaded cash to her M-Pesa wallet. Consequently, we left the meat and returned home,‚Äù said Nyamusi.

‚ÄúUpon arrival, Muchemi, who was visibly irritated, asked us why we couldn‚Äôt let her talk in private with her boyfriend. She, thereafter, gave us Ksh500 and told us to go buy the meat and hang around until she was ready to have us back in the house.

‚ÄúHours passed by, and we hadn‚Äôt received a call from her. One of us (nannies) called and told her that we were hungry, and wanted to go back home and eat. Muchemi, whose intention was to keep us out longer, sent us money and said we should eat at any nearby restaurant,‚Äù said the other house-help, Naila.

The nannies said while having their meals, one of their neighbours called and informed them that their house was on fire.

‚ÄúWe rushed home and found smoke billowing from our boss‚Äôs bedroom. Neighbours had attempted to put out the fire. On accessing our employer‚Äôs room, we found her arms and legs tied to the bed, and her body charred by the flames. Her face was completely destroyed by the fire. Her estranged lover, was nowhere to be seen,‚Äù said Naila.

After a spirited effort by the neighbours, the inferno was contained.

Nyamusi claims on Wednesday night she heard her boss speaking with her lawyer on phone saying that her (Muchemi‚Äôs) estranged boyfriend was demanding Ksh37,000 (over k250,000) which he had lent her.

It remains unclear whether the suspect allegedly killed Muchemi over the debt or it was a case of love gone sour.

Police arrived at the scene at 4:30pm Thursday and collected Muchemi‚Äôs body for preservation at Mortuary.

Police told K24 Digital¬Ýthat they have launched a hunt for the suspect.

The nannies, Nyamusi, who has been working for Muchemi for three weeks, and Naila, who was three days old at Muchemi‚Äôs home, said it was the first time they were meeting their employer‚Äôs estranged boyfriend.

‚ÄúWhat we know is that our boss had separated from her lover months ago,‚Äù said the nannies. 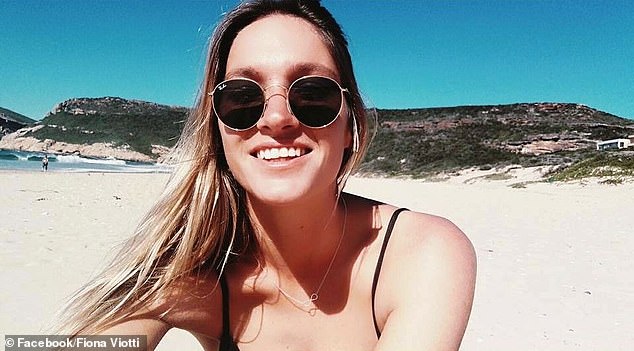 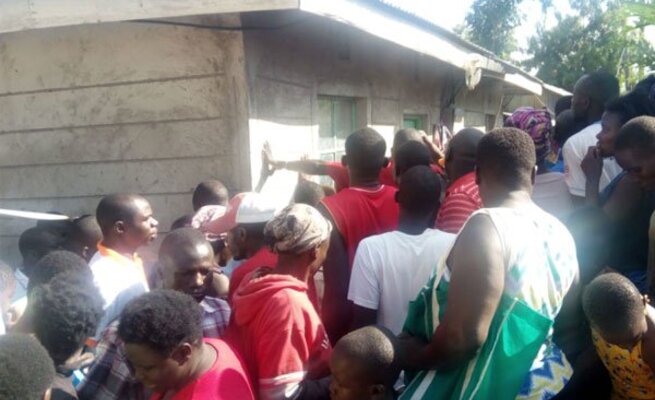