Six lions have been found dead and mutilated in one of Uganda’s best-known national parks, a conservation official said Saturday, with wildlife traffickers suspected of having poisoned the big cats.

The lion carcasses were found in the Queen Elizabeth National Park in the country’s west with most of their body parts missing and surrounded by dead vultures, suggesting poison was at play.

The Uganda Wildlife Authority (UWA) said it was “saddened” by the death of these particular lions, known for their unusual ability to climb trees in the famous reserve.

An investigation has been launched, with a team at the scene working with local police to determine exactly what happened to the cats, UWA said.

“Given that some of the body parts of the lions are missing, we cannot rule out illegal wildlife trafficking,” UWA’s communications manager Bashir Hangi said in a statement.

The park shares a border with the Democratic Republic of Congo (DRC) and its famous Virunga National Park, a habitat for rare mountain gorillas, where armed groups are believed to operate.

In February Italy’s ambassador to the DRC was killed in an ambush close to Virunga and in April 2019 an American tourist and her guide were kidnapped for ransom in Queen Elizabeth.

Lions have been killed in a number of previous suspected poisoning incidents in Queen Elizabeth.

In April 2018 eleven lions, including eight cubs, were found dead of suspected poisoning. In May 2010 five lions were killed in a similar incident.

Tourism is a top foreign exchange earner in Uganda, contributing almost 10% of GDP and 23% of total foreign exports, according to the UWA.

“UWA strongly condemns the illegal killing of wildlife because it does not only impact negatively on our tourism as a country, but also revenue generation which supports conservation and community work in our protected areas,” Hangi said.

Some 20% of park entry fees is given directly to communities living around Uganda’s national parks to enhance local livelihoods, the UWA says.

But these communities often complain that restrictions on farming, coupled with wildlife attacks on their livestock, hinder efforts to make a living. 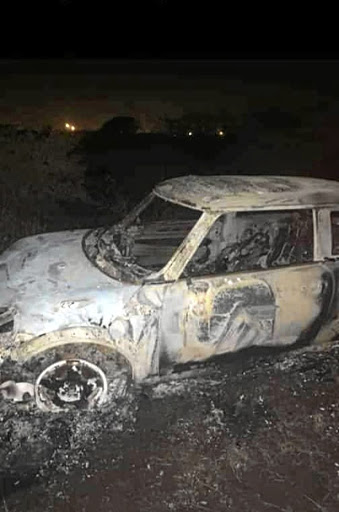 Nigerian singer sentenced to death for blasphemy against Prophet Mohammed