Singer, The Weeknd has announced he’ll be donating $1million to help feed Ethiopians amid the five months old war in the country.

The singer-songwriter, whose parents are from Ethiopia and whose real name is Abel Makkonen Tesfaye,Â  said that he will donate to Ethiopian relief efforts through the UN World Food Programme.

Thousands of civilians are believed to have been killed, raped and abused during the course of Ethiopia’s war with the Tigray region of the country. 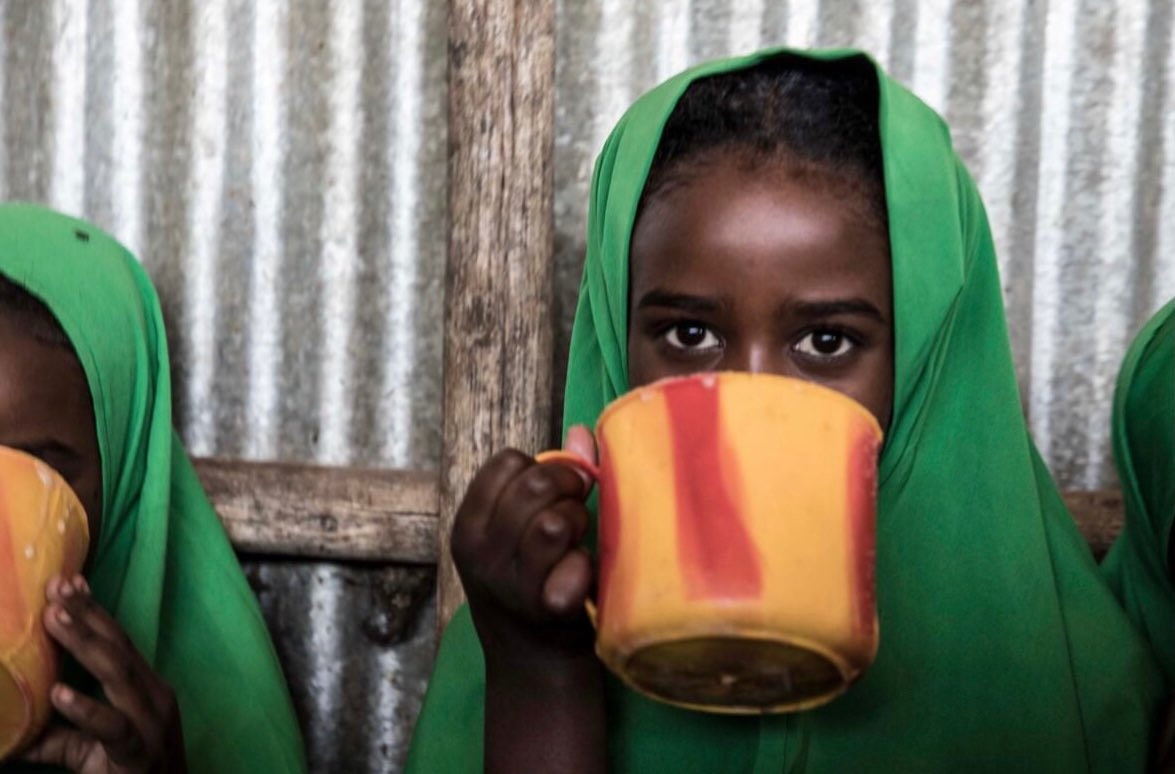 There have been reports that Ethiopian soldiers executed unarmed men in Tigray, though Ethiopia’s government has dismissed evidence of these claims. 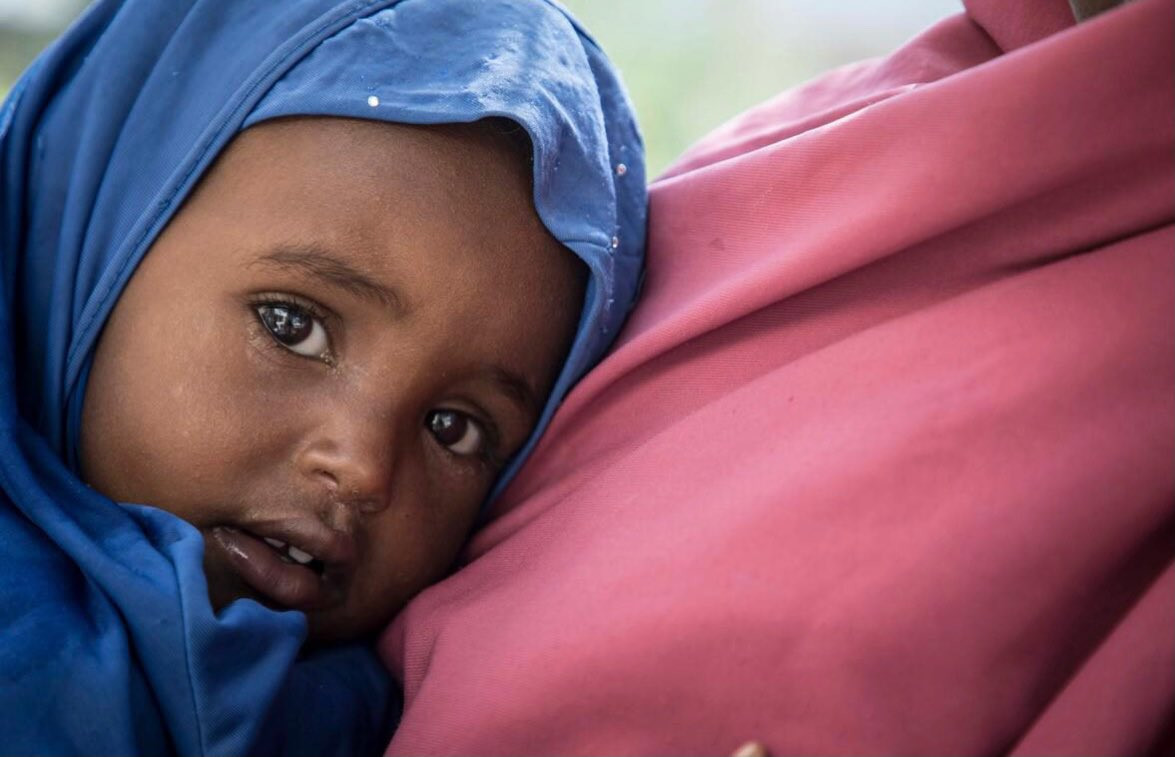 “My heart breaks for my people of Ethiopia as innocent civilians ranging from small children to the elderly are being senselessly murdered and entire villages are being displaced out of fear and destruction,” The Weeknd, said on his Instagram and Twitter accounts on Sunday April 4.

“I will be donating $1 million to provide 2 million meals through the United Nations World Food Programme and encourage those who can to please give as well.” 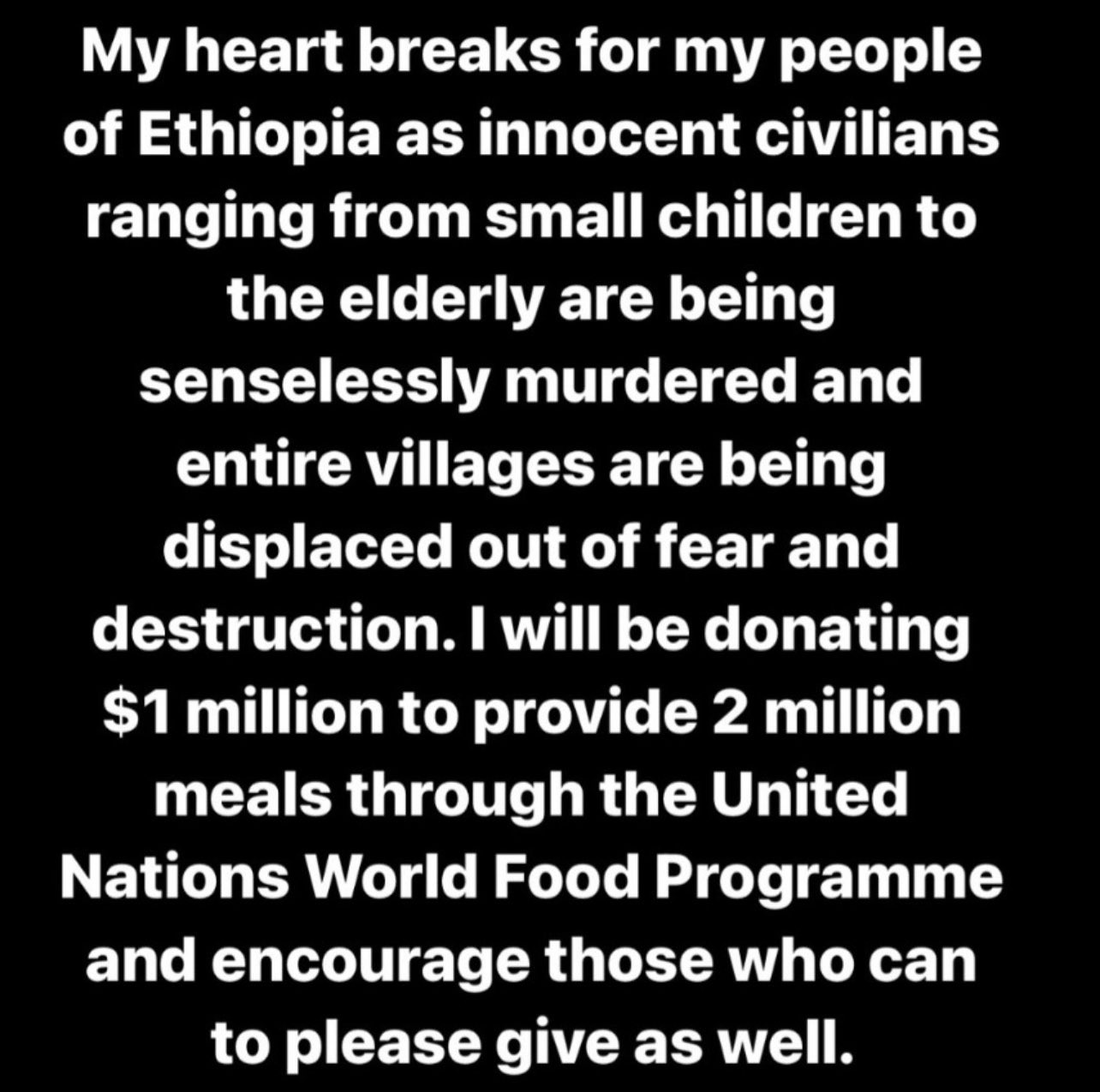 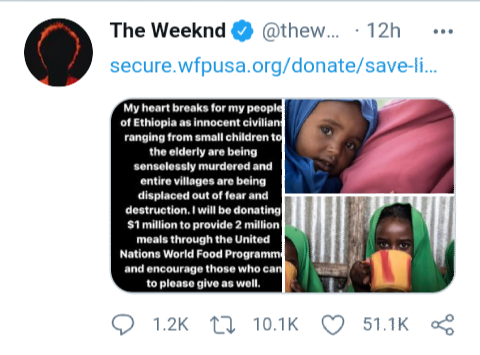 The violence in Ethiopia has been going on since November 2020, when Prime Minister Abiy Ahmed ordered attacks on the Tigray People’s Liberation Front (TPLF) after Ahmed alleged that TPLF had attacked a federal military base.

This isn’t the first time The Weeknd has contributed to a cause as he donated $300,000 to the global Aid for Lebanon campaign last August to help victims of an explosion in Beirut that killed over 200 people. 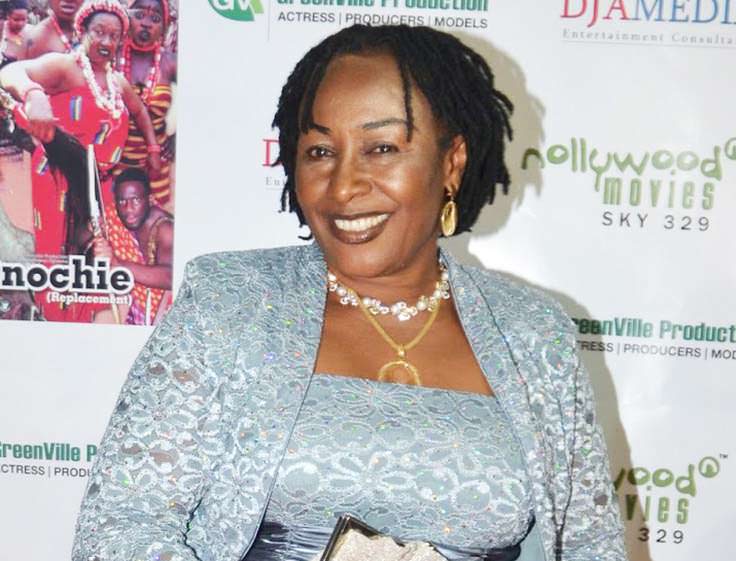 Man Stabbed to Death During Fight with Girlfriend 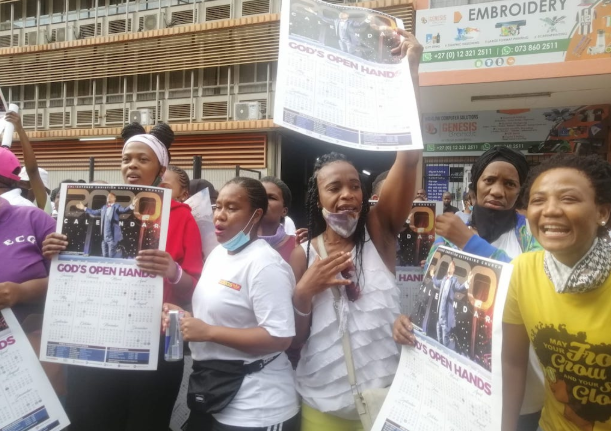