The Food and Drug Administration (FDA) has called for use of the jab to be suspended after six young women developed blood clots after receiving it.

The six women who developed clots were aged between 18 and 48; one of them died and another is in hospital, the New York Times reports.

On Twitter the FDA said: “We are recommending a pause in the use of this vaccine out of an abundance of caution… Right now, these adverse events appear to be extremely rare.” 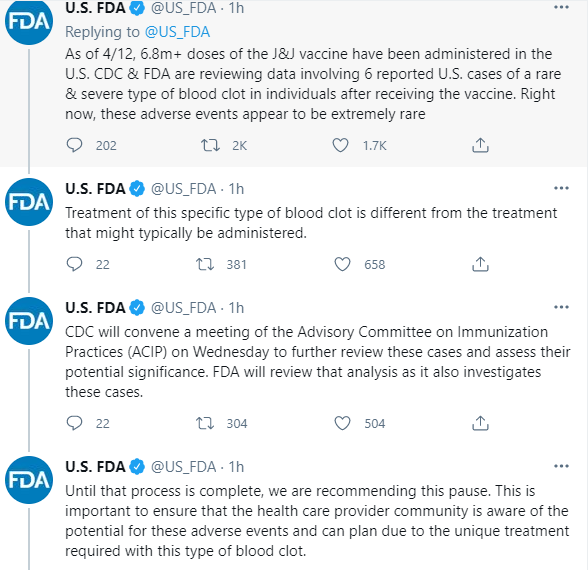 The news makes Johnson & Johnson’s vaccine – made by a Belgian subsidiary called Janssen – the second to become embroiled in a blood clot scare.

Countries in Europe, including the UK, have stopped giving the AstraZeneca vaccine to young people because of concerns it might increase the likelihood of a rare type of brain blood clot that can trigger strokes.

The FDA can’t force doctors to stop using the vaccine without stripping it of official approval, which it hasn’t done, so the decisions will be made by individual states.