Mponela Police Spokesperson Kaitano Lubrino said the suspects were arrested on Monday 19 and Tuesday 20, 2021 at Mponela, Tchawale and Mtsilo Trading Centres during a special operation the police conducted in the said places.

Kaitano said during the exercise, police found that some vendors were indeed buying Maize and Soya beans without licences and below the set government minimum prices.

â€śWe have been hearing reports from the farmers at Mponela, Tchawale and Mtsilo that they are some vendors who are buying their farm produces at low prices contrary to minimum prices that the government set in 2020-2021 growing season. However, on Monday and Tuesday we went in the said places for our operation where we managed to arrest eleven vendors who were indeed buying the farm produces, Soya beans and Maize at low prices”, Said Lubrino.

Police since then confiscated the weighing scales for the eleven suspects and sent them to Malawi Bureau of Standards (MBS) for certification.

Responding on the matter after receiving a report on the arrest of the eleven, the Minister of Agriculture Hon. Lobin Lowe thanked Malawi Police service for arresting the suspects saying this will now give a lesson to others who are doing the same and may take this easy. He said this is now a time to stop farmers exploitation.

â€śI wish to thank the whole Malawi Police Service (MPS) in particular Dowa police for managing to arrest the eleven suspects on Monday and Tuesday on cases of contravening the set minimum farm gate prices, use of uncertified scales and buying farm produces without license.

This is a way to go and we need to do more in enforcing these laws as what my Ministry in particular Malawi in general want is to see farmers who has been exploitedÂ  for a long time get a reward of their sweat”, Said Lowe.

Lowe further argued Malawians that if they see these unscrupulous traders in their areas buying their farm produces without licenses, uncertified scales and at low prices against set farm gate prices, they should report them to community leaders, the police and even to the Ministry so that an urgent action can be taken.

The Minister also argued all Malawians who want to start buying farm produces to go to District Commissioners (DCs), Agricultural Development Department (ADD) or direct to Agriculture Ministry Headquarters to apply for the licences if they want to be one of those buying agricultural commodities from farmers.

â€śWe want a law abiding nation and we need to have sanity in agriculture. This is a way to go”, Said Lowe.

On 1st April, 2021 government through Ministry of Agriculture announced farm gate prices for strategic crops for the 2020/2021 agricultural season, with Maize price set at a minimum of K150 per Kilogram ( Kg).

Among other crops, cotton was set at K320/Kg, Paprika at K830/Kg , Polished rice at K600/Kg, Shelled groundnuts at K480/Kg, Pure beans at K510/Kg, Mixed Beans at K320/Kg and sunflower at K240/Kg. Lowe warned that not adhering to the set minimum prices will be taken as illegal and offense for arrest. 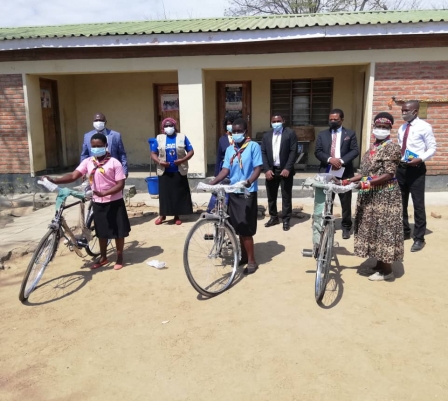 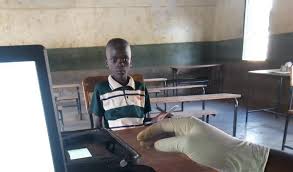