The World’s Smallest Chicken Breed Is Also the Most Pompous

Serama chickens are the smallest in the world, but you really couldn’t tell by their attitude. Seeing them pose with their head pulled back and chest sticking out, you’d think they were some sort of feathered bodybuilders.

The Serama chicken breed can be traced back all the way to the 1600s, to the Kelantan province of Malaysia, but the current strain can be attributed to Wee Yean Een, a breeder who popularized it during the 1970s and even gave the chicken the Serama name, after King Rama of Thailand. However, the breed was rendered almost extinct by the bird flu pandemic of the early 2000s. Luckily, they had already been exported to many countries around the world by that point, including the US and UK, and were able to make a comeback. 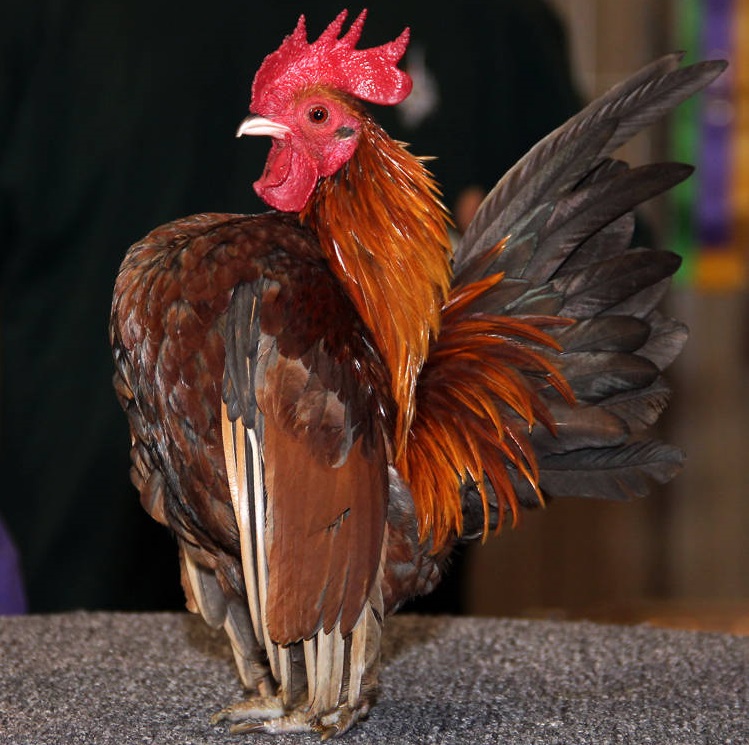 Today, Serama chickens are once again flourishing, especially in Asian countries like Vietnam, where chicken enthusiast breed them for posing competitions, where the chickens try to look as pompous as possible. It actually comes natural to them, as they are known as the athletes of the chicken world, because of their proud pose.

Seramas have a muscular body, but their toned physique is visually amplified by their athletic pose. They instinctively cock their head back and push their large chest out, while lifting their the legs and shaking their wings. It’s like they’re trying to make up for their small size with their posing.

But creating feathered Arnold Schwarzeneggers isn’t easy. According to one Vietnamese source, breeders interested in winning competitions spend a lot of time getting their birds ready. Soon after they hatch, they will start “training” the birds to have their cervical vertebrae arch and pull the head back. And to keep prized Seramas in tip-top shape, some breeders will massage them for at least 10 minutes a day, and feed them garlic alcohol three times a week to increase their immunity.

Serama chicken competitions are popular in countries like Malaysia and Vietnam. They don’t focus on the size of the chickens, but on their pose, walking style and feather coloration.

These tiny athletes may try their best to look threatening, but they are not aggressive at all, and make great pets. They are easy to handle and cheap to raise, as they consume only about one pound of regular chicken feed per month.

After being found having an affair with a married...
FaceofMalawiNEWS