Kenya: A man who allegedly killed his son for demanding for his share of ancestral land has denied the charges.

Nicholas Njagi, who appeared before a Chuka Court facing manslaughter charges pleaded not guilty of the offence.

He is alleged to have committed the heinous act two weeks ago in Maara Sub-county, after picking an argument over the land before the lifeless body of his son was found three days later.

Preliminary reports indicated that the deceased, Hillary Mwiti, a 42 year old¬Ýmatatu¬Ýoperator in tearoom¬ÝNairobi was brutally beaten by hired goons from his own clan on orders of his father.

Mwiti sustained serious injuries and was found dead in his house three days later after the ordeal.

Before his demise, Mwiti had requested his father for his share of land after his father remarried a second wife following the death of his mother.

‚ÄúI heard the news that morning that Mwiti had been killed by the father because he wanted his share of land they own as a family, the father remarried another woman and from the beginning, we could tell something was wrong,‚Äù said Evelyn Kinyua, a relative to the deceased.

It is presumed that the accused and his wife plotted the horrific action together which saw the wife run away after the victim was found dead.

The residents and family are now requesting the government for justice, saying they wanted to take matters into their own hands by burning down the accused house but were stopped by the police.

‚ÄúWe are sad that Mwiti is no longer with us but all we are requesting is for the government to ensure that justice is served,‚Äù added Evelyn.

The accused will be arraigned in Chuka High Court on a date yet to be communicated. 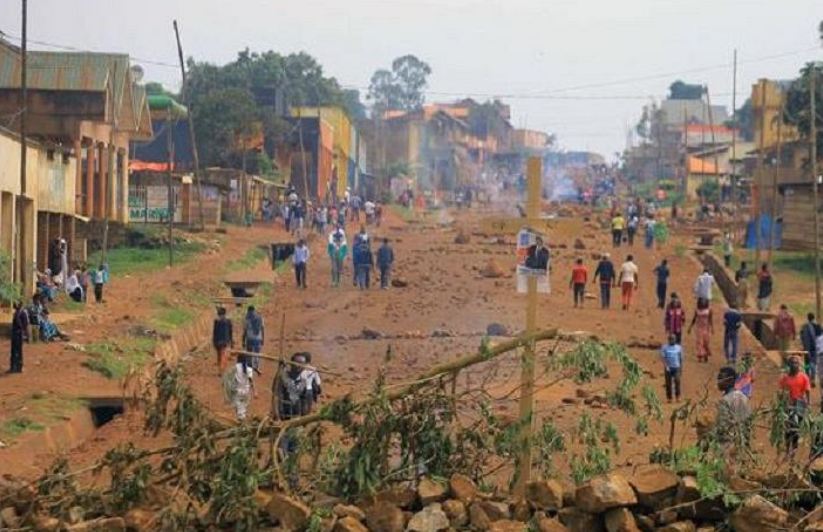