Brought into Colombia as exotic pets by the most notorious drug kingpin in human history, have been breeding at an alarming pace over the last few decades and have become a serious threat to the Colombian flora and fauna.

In the 1980s, Pablo Escobar smuggled four hippos from an American zoo into Colombia, as exotic pets. They were kept at his luxurious Hacienda Napoles, in Puerto Triunfo, Antioquia, but after the collapse of his crime empire, they were set loose into the jungle. With no natural predators, plenty of water sources and suitable climate, the hippopotamuses thrived and multiplied. The initial four water giants have now ballooned to an estimated population of over 100, which scientists say could reach over 1,400 specimens by 2039.

Sometimes referred to as “cocaine giants”, because of their former master’s reputation as a drug dealer, Colombia’s wild hippos have nothing to do with the expensive narcotic. They do however pose a threat to the local plant and wildlife, as they compete for territory and resources with local species, and pollute waterways with their toxic poop, which fuel algae blooms and deprive fish of their oxygen.

Despite scientists’ repeated warnings that the hippos are a threat to native wildlife in Colombia, the exotic beasts have become extremely popular with the local population. There are tours and safaris built around the hippos, and a theme park is also in the works. That makes dealing with them a bit more problematic for the authorities. 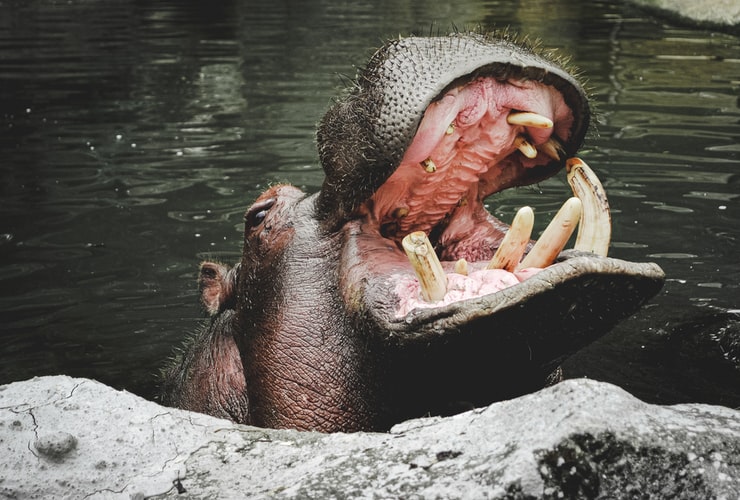 Some experts have suggested castration as a way to control the hippo population, but so far progress on that front has been slow, with only about a hippo per year being castrated, probably due to the trickiness of the procedure, since the animals have internal testicles. Others suggest that more drastic measures are needed…

“It is obvious that we feel sorry for these animals, but as scientists we need to be honest,” Colombian biologist Nataly Castelblanco told the BBC. “Hippos are an invasive species in Colombia and if we do not kill a part of their population now, the situation could be out of control in just 10 or 20 years.”

A number of Colombian ecologists have suggested that culling the hippos before their population becomes to big to control is necessary. Killing about 30 of them each year may be enough to save the local wildlife, but with the hippos generating so much interest from the public, such unpopular measures are unlikely to be adopted anytime soon.

In the meantime, Escobar’s hippos continue to breed and explore their South American paradise. There have been sightings of hippos up to 370 kilometers away from Hacienda Napoles, which suggests that the animals are spreading across Colombia’s biggest river basin.

“It is the biggest hippo herd outside Africa, which is their native region,” veterinarian and conservationist Carlos Valderrama said.

(Visited 70 times, 1 visits today)
Previous articleHarry and Meghan did not ask Queen to use ‘Lilibet’ name : Palace source Speaks Out
Next articleMan Nabbed In Mponela For Causing Death Due To Reckless Driving