There was a drama in Uganda when a married woman allegedly got stuck to another man after having sex together.

The incident was said to have happened in Gulu city, in the Northern Region of Uganda on Wednesday morning, June 16.

According to an eyewitness, Pai Robins OgwengAkiiki, after engaging in sexual intercourse, their organs could not separate.

All the efforts by the duo to separate from each other proved abortive so they raised an alarm which attracted residents and the police.

They were eventually separated by the woman’s husband after he touched their waists.

The two are now in police custody. Read report below:

“Cheating sexually is bad.Â #There was drama this morning in Gulu city as a married woman who was having sexual intercourse with another man got stucked like dogs.in that after they were done with sex,their sexual organs could not seperate but was stucked in that it failed to seperate however much they tried.They started making alarms that attracted police and locals.It was after the real husband of this woman came and touched their waist,there sexual organs then got separated.the two are now in police custody…i want to be like this woman’s real husband.”Â 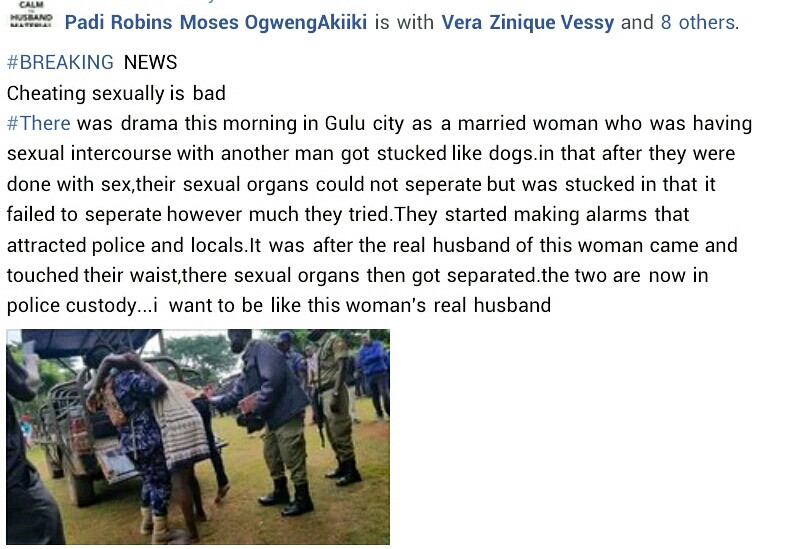 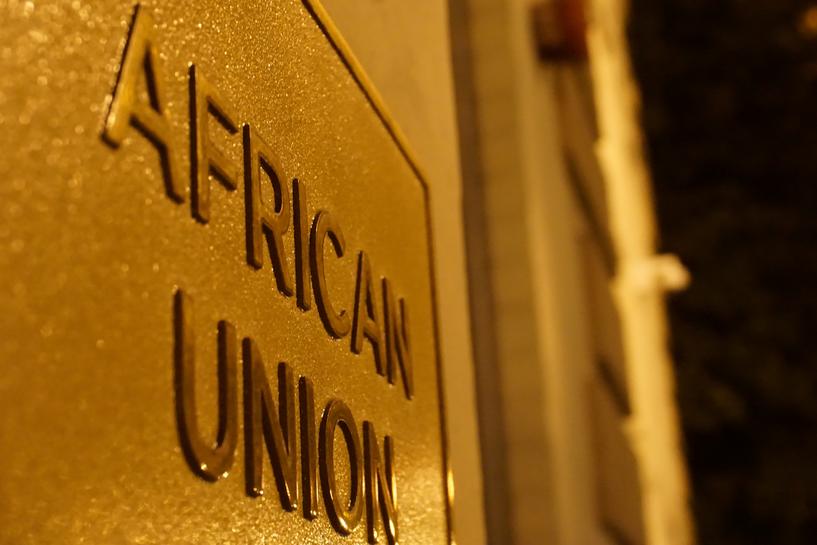 Businessman In Police Grips For Allegedly Killing His Wife