North Carolina-based start-up BIOMILQ recently announced that it has successfully created cell-cultured human milk from mammary cells, in a laboratory.

In the age of Impossible Burgers and 3D-printed meatless steaks, human breast milk made in the lab instead of inside a woman’s breast really doesn’t seem that strange, honestly. The breakthrough announced by BIOMILK earlier this month really has the potential to disrupt the infant and baby industry as well as impact the environment, as over 10 percent of dairy today goes towards making baby formula. How the world reacts to lab-make breastmilk, on the other hand, is another matter. 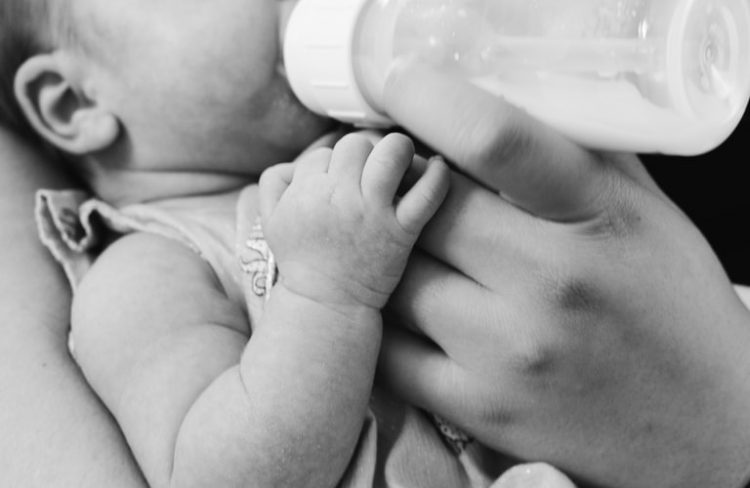 Doctors often use the phrase “breast is best” when referring to infant feeding, and the World Health Organization recommends that mother exclusively breastfeed their babies until the age of six months, and incorporate breast milk in their diet until the age of two. The health benefits for the babies are invaluable, but sadly, sometimes breastfeeding isn’t an option.

It is estimated that only a quarter of American mothers exclusively breastfeed for the six months recommended, for a variety of reasons, including latching issues, inadequate milk supply, pain and discomfort. For them, formula is a convenient and flexible alternative that has helped billions of parents ever since it was invented, in 1865. But now, a North Carolina-based startup aptly named BIOMILQ claims to have come up with an even better alternative: lab-made human milk.

While undeniably useful when breastfeeding isn’t possible, formula lacks the complexity and immunity-boosting qualities of breast milk, but the macronutrients present in BIOMILQ’s cell-cultured human milk – proteins, complex carbohydrates, fatty acids and other bioactive lipids – reportedly closely match those in breast milk. That said, the company has made it perfectly clear that it does not intend to have its product replace the real thing.

“I told anyone who would talk to me about BIOMILQ that I was doing this for mothers and babies,” biologist Leila Strickland, co-founder and CSO, said. “Informed by my personal experience with breastfeeding failure and by a relentless hunch about the biology of milk biosynthesis, I believed that if someone would just give me a chance to do this thing, it might actually work.”

While the mere though of lab-made breast milk is intriguing, the people at BIOMILQ stress that their product is not bio-identical to real breast milk, and they’re not confident it will ever be.

While not perfect, BIOMILQ’s lab-made human milk seems more sustainable of a product than lab-grown meat, as the company doesn’t have to constantly grow new cells. In fact, in a company statement, BIOMILQ mentions that “some of the cells we’ve looked at can produce milk for months and months”.

BIOMILQ homes to have a product ready for commercialization in about a year, and plans to spend that time talking to regulators about how their human milk is going to be categorized.

“Is this an infant nutrition product, is this a milk product? It’s an interesting and challenging question that I don’t think we have a perfect answer for yet,” BIOMILQ’s Leila Strickland said.

Meanwhile, mothers dealing with breastfeeding issues can turn to super-producing moms, like this Oregon woman who donated 2.5 tons of her breast milk to families in need.

Previous article
Joe Biden to allow at least 10,000 deported asylum seekers whose claims were dismissed under Trump to return to US
Next article
Rwanda warns of another total lockdown if people continue to flout COVID-19 preventive measures