A 34-year-old policewoman from Kenya is currently on the run after she allegedly hunted down and killed her ex-boyfriends.

The two had reportedly been involved in a romantic relationship. After killing her colleague, Kangogo is alleged to have armed herself with Ogweno‚Äôs Ceska pistol, which by July 5 had 15 rounds of ammunition.

Barely 24-hours later, the divorcee and mother of two, allegedly killed her second victim Peter Ndwiga. She allegedly lured the 32-year-old to a hotel room where she later shot him in cold blood. The second murder took place in Juja, almost 200 kilometres away from the first incident.

According to a post mortem report, Nwiga died of excessive bleeding in the brain after he was shot point-blank in the head.

Ndwiga and Corporal Kangogo are reported to have been involved in a romantic relationship as well. According to sources who spoke to Kenyan publications, Ndwiga ‚Äúwas the main boyfriend, who was also even known in Nakuru.‚Äù

Following the second killing, Kenya‚Äôs Directorate of Criminal Investigations (DCI) issued a statement warning that Kangogo had gone rogue. The DCI also warned men to be on the lookout for her and not to trust Kangogo, whom they described as armed and dangerous.

The DCI statement said in part,

‚ÄúDetectives are looking for a female Police Officer who has gone berserk and is on a killing spree. Corporal Caroline Kangogo, the suspect behind the killing of Police Constable John Ogweno, in Nakuru, has shot dead yet another man in cold blood.

‚ÄúThe suspect who is armed and dangerous has been on the run since early yesterday morning after she killed constable John Ogweno, who was based in Nakuru.

‚ÄúWe are cautioning members of the public especially men to be on the lookout for the rogue officer, who is luring men to her trap before executing them in cold blood. Let nobody trust her since she is armed and dangerous.‚Äù

The authorities have also revealed that on the night Ndwiga was killed, Kangogo allegedly sent threatening messages to four men. All four men are suspected to be her former or current lovers. She is also said to have threatened her estranged husband that he would meet the same fate as her two victims.

The DCI later roped in the police and the military in a multi-agency effort to track down and arrest the fugitive killer policewoman.

Despite the best efforts of the multi-agency team, Kangogo remains elusive and is yet to be apprehended.

However, another woman was shot after someone mistook her for the fugitive killer cop.

According to Trans Nzoia County Police Commander Fredrick Ochieng‚Äô, Ken Muyundo a businessman in the hospitality industry shot the woman identified as Phanice Chemutai Juma shortly after meeting her at the Kiminini market.

‚ÄúKen Muyundo met the lady sometimes back and exchanged contacts. The lady has been calling him insisting that they should meet. Yesterday at around 9:30 pm, Ken met her and out of panic, he shot her on the lower left abdomen leaving her with injuries‚Äù.

‚ÄúThe suspect is in our custody helping us with investigations. We will later arraign him in court and charge him for attempted murder,‚Äù Ochieng‚Äô added.

Man on the Run after Defiling his Step Daughter in Zomba 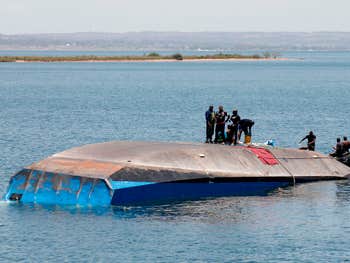