Socialist Party President Dr. Fred M’membe has conceded defeat in the August 12,2021, general elections as the Electoral Commission of Zambia (ECZ) is yet to announce results.

Speaking to the media, M’membe said he has conceded defeat giving the victory to Hichilema of United Party and National Development (UNPD).

He continued that the current president should also do so for his Patriotic Front (PF) Party has also lost.

The ECZ is expected to announce the results after 72 hours. 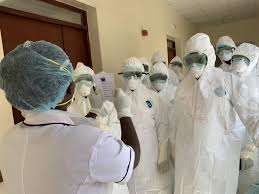