A top Afghan female cop is reportedly on the run after suffering a ‘brutal beating’ from the Taliban.

Gulafroz Ebtekar, who was a deputy head of criminal investigations in Afghanistan’s Interior Ministry, is seen as a role model for Afghan women with a notable media presence.

She was said to have been singled out by the Taliban as a target at the gates outside Hamid Karzai international airport in Kabul,Â where she spent five nights attempting to secure a place on an evacuation flight. 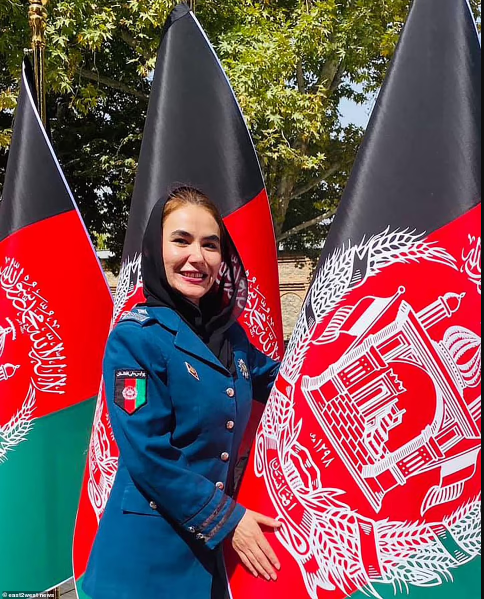 She said:Â Â I sent messages to the embassies of many countries to save myself and my family, but all to no avail.’

Gulafroz, the first woman in Afghanistan to graduate from a police academy with a master’s degree, told how in the Kabul chaos she found US soldiers and believed they were helping her to fly abroad with her boyfriend and family members.

‘We got to the refugee camp where the Americans were stationed,’ she said.

‘When the American soldiers were already near, I exhaled, I thought we were finally safe.

‘I speak a little English. I explained that it was not safe for us to remain in Kabul. They checked our documents. I had my ID, passport, and police certificates with me.

‘We were asked: ‘Where do you want to go?’ I replied: ‘It doesn’t matter, to a safe country where there is a chance we may survive’.

‘They looked at me and answered quite impudently: ‘Okay’. And they asked one soldier to show us the way. I thought they would escort us to a plane or provide security.’

They first escorted her to a crowded street where there was a terrorist attack, she said.

‘We did not want to leave, then the soldier raised his weapon: ‘Get out of here’. So we went out onto the road. At that moment, I didn’t want to live anymore.’

Gulafroz had studied for a masters degree at a top police academy in Russia, but the Moscow embassy also declined to help, because she didn’t have a Russian passport or residency.

She told the newspaper: ‘I had dreamed of changing life in Afghanistan. First, when it comes to women in the police. And I did it.

‘When I returned to my homeland, I got a job in the Ministry of Internal Affairs, and soon got a rather high position.

‘I became Deputy Chief for Criminal Investigations of the Ministry of Internal Affairs of Afghanistan.’

After being turned away from the airport, she went home to be told by her mother that the Taliban had come for her while she was out. When she tried to escape to Kabul airport again, the Taliban guards beat her with ‘weapons and stones’.

Her former female colleagues in the police have asked her ‘what’s going to happen to us’ but she has no answers.

She said: ‘I spoke on television, spoke out on social networks, fought against extremism, terrorism, advocated for the rights of women and children and believed in the best for our country.

She said that her ‘former life’ was gone, and that six months ago, she’d been ‘warned’ by the Taliban about her job.

She said: ‘The Taliban wrote me letters in which they said that I should not work in the police, that I had no right to declare about women’s rights.

”What are women’s rights? Why do you publish your photos on Facebook and Instagram?’, these are the comments I received from them a year or six months ago. And now they are in power.’

She warned: ‘I think the Taliban will never change. They will not agree for a woman to work, participate in public life, and be free.

‘When the Taliban came to Kabul 20 years ago, they made the same promises as now for two months.

‘And then they created their own state, their own courts, beat and killed people. For me, this is the most dangerous group of terrorists.’

She said: ‘I was the first woman in Afghanistan to graduate from a police academy with a master’s degree and hold such a high position.

‘After me, about 4,000 Afghan women entered police universities. I’m not afraid to speak openly, because I have nothing left.

‘The state of Afghanistan no longer exists, there is no freedom. All the time I fought to maintain a normal life in the country.’ 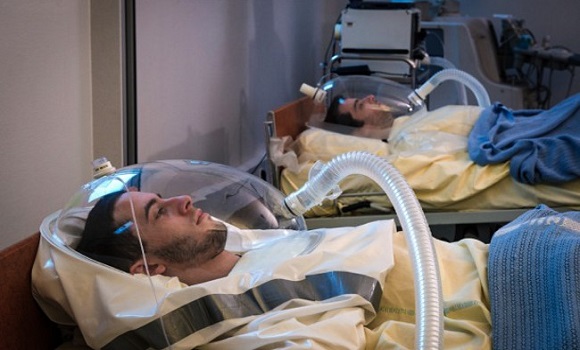 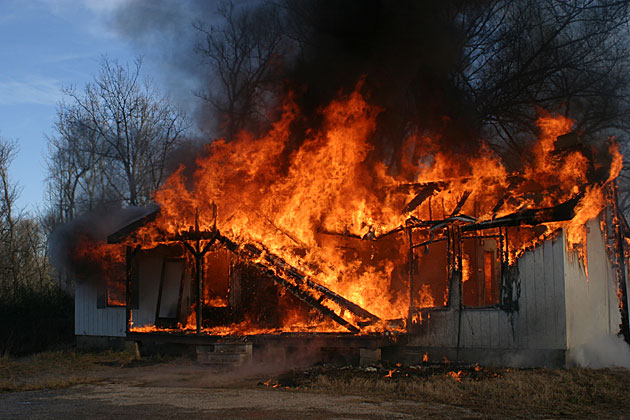