Man caught red-handed in bed with his daughter in a hotel in Sapele Delta State.

The incident, which occurred at a guest house behind Zenith Bank, Okirighwre Sapele was reported by Sapele OGHENEK, a popular Facebook page.

Drama ensues as Man is caught red-handed in bed with his own daughter in a hotel.

The man was seen in the video pleading not to be captured in the ongoing recording; even physically making to interrupt the process at one point.

The youths who apprehended him, however, proceeded to dish out some slaps to put him in line; as he often hesitated to answer implicating questions as to who the girl is ‚Äì and why he was seen with her in a hotel.

When interrogated, the young girl disclosed that this was not the first time. She said it had begun more than a year ago; adding that it had happened many times. In fact, she also confessed that it was he who deflowered her.

Watch the Video Below;

This is not the first of its kind in Sapele and its environs.

There have been such cases of fathers sleeping with their daughters.

However, the striking fact about the current one is the fact that the man had lodged his daughter in a hotel for the incestuous act.

There are also more and more reports growing about rap3 between family members, especially fathers taking advantage of daughters. 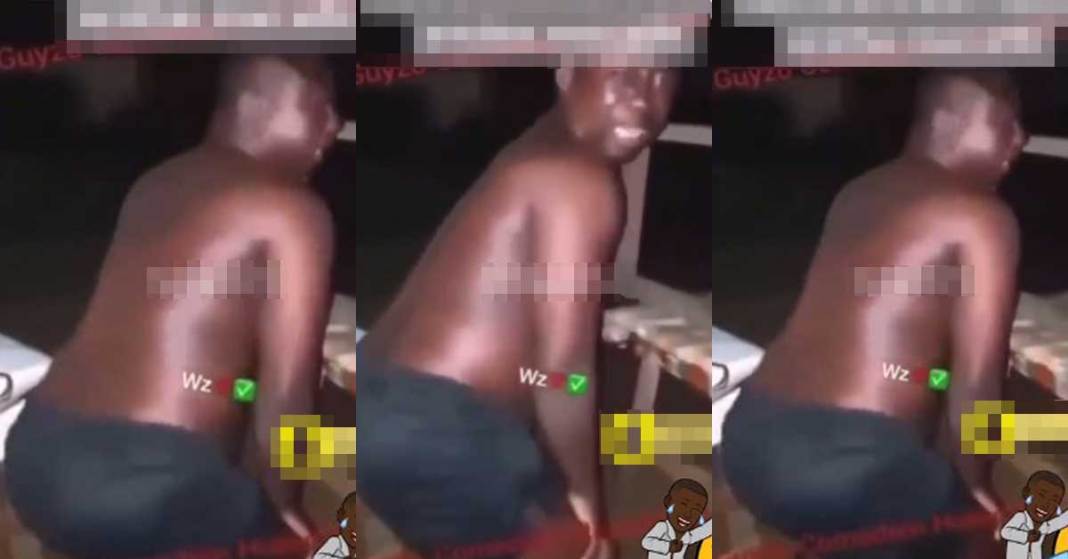 Watch; Man Dies In The House Of Side Chick While Doing It