Two Japanese sisters, Umeno Sumiyama and Koume Kodama have been certified by Guinness World Records as the world’s oldest living identical twins at over 107 years and 300 days. 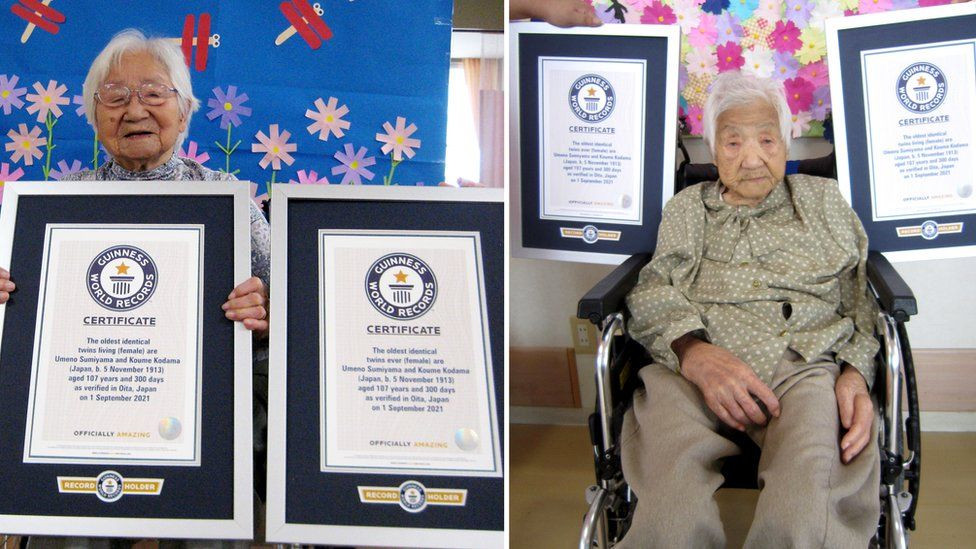 Previous record holders Kin and Gin had held the title of oldest identical twins at 107 years and 175 days since Kin’s death in January 2000. Gin died the following year, aged 108.

The late twins, whose names mean gold and silver in Japanese, were born on 1 August 1892 in Nagoya, and had become media celebrities in their final decade.

Umeno and Koume, both described as sociable people, were born on 5 November 1913 on Shodoshima island. 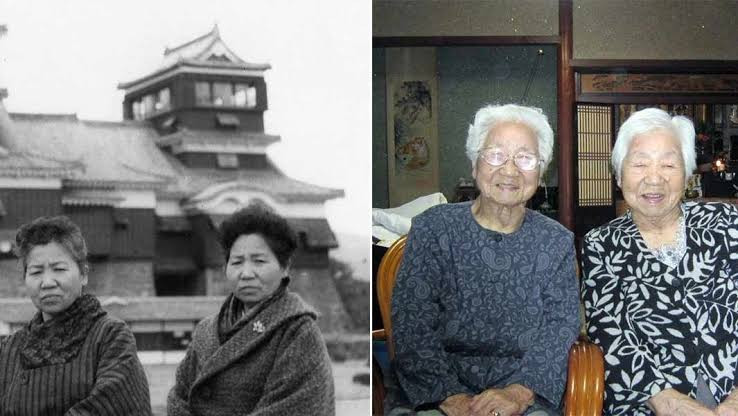 The announcement of their feat was made on Monday, September 20 to coincide with Respect for the Aged Day – a national holiday in Japan.

Due to the current Covid-19 pandemic, the sisters who live in different parts of Japan were sent their official certificates to be presented by staff at their separate care homes. 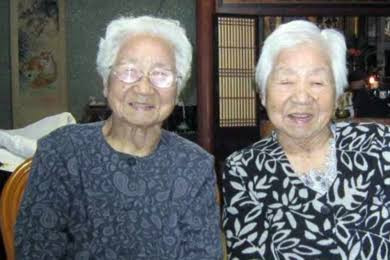 The twins were recognised as the new title holders on 1 September, Guinness said in a statement on Monday.

Umeno has four children and Koume has three.

The oldest living person on record, according to Guinness, is 118-year-old Japanese woman Kane Tanaka.

Japan has the highest life expectancy in the world according to the World Health Organisation. 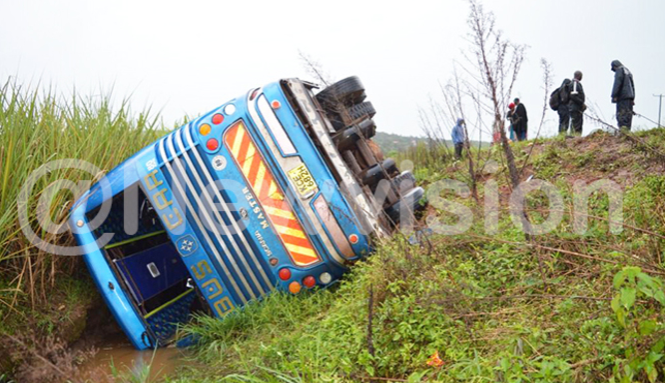 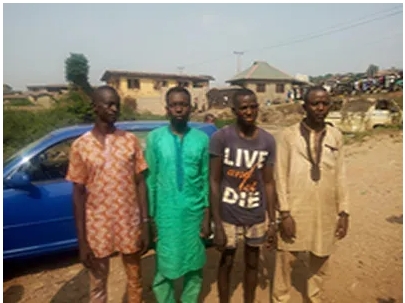