Theoneste Bagosora was nicknamed the “Himmler of Rwanda” or the “Colonel of the Apocalypse”. After reaching the highest circles of power thanks to a brilliant military career, he became the “mastermind” of the 1994 genocide in Rwanda.

This colonel of the Rwandan army died Saturday, at the age of 80, in Mali where he was serving his sentence for genocide, crimes against humanity and war crimes.

Initially sentenced to life imprisonment in 2008 by the International Criminal Tribunal for Rwanda (ICTR) based in Arusha (Tanzania), he had his sentence reduced to 35 years in prison on appeal in 2011.

The man who in 1994 held the position of Director of Cabinet at the Rwandan Ministry of Defense has always denied the role he is believed to have played in the genocide that left 800,000 dead in a hundred days, according to the UN, mainly among the Tutsi minority.

In front of his judges, he also denied having affirmed fifteen years earlier, in 1993, in this same city of Arusha, that he was returning to Rwanda “to prepare the Apocalypse”, slamming the door on negotiations between the Rwandan government and the Tutsi rebellion of the Rwandan Patriotic Front (RPF).

During these talks in Tanzania, he was in constant conflict with the Minister of Foreign Affairs, Boniface Ngurinzira, whom he accused of making too many concessions to the rebels.

Ngurinzira was assassinated on April 11, 1994 by soldiers, five days after the attack on the plane of President Juvenal Habyarimana, which triggered the first massacres of Tutsis and moderate Hutus.

Extremist” of the regime

A French intelligence memo from September 1994, revealed in 2019, portrays Bagosora as a “regime extremist” and one of the “main sponsors of the April 6, 1994 attack,” along with former Rwandan Armed Forces (FAR) Chief of Staff Laurent Serubuga.

“The assassination of moderate opposition ministers and Tutsis less than half an hour after the explosion of the presidential Falcon would confirm the high degree of preparation of this operation,” the document added.

Bagosora and Serubuga “have long considered themselves to be the legitimate heirs of the regime,” it says: “Their retirement in 1992 by President Habyarimana, when they were hoping to obtain the rank of general (…) was the source of heavy resentment.

The friendship between Bagosora and Juvûˋnal Habyarimana, who like him came from the province of Gisenyi (northwestern Rwanda), went back more than 20 years.

At the head of his unit, officer Bagosora had played an important role in the July 5, 1973 coup d’ûˋtat against civilian president Grûˋgoire Kayibanda, which brought Habyarimana to power.

The godmother of his eldest daughter, born in 1967, is Agathe Kanziga, powerful wife of Juvenal Habyarimana and often considered one of the leaders of the “hardliners” of the Hutu regime.

Born into a Christian family in the village of Giciye, the young Bagosora first joined the Catholic minor seminary before embarking on a military career.

His military career was marked by several feats of arms which, combined with his friendship with Habyarimana, led him to positions in the Ministry of Defense and in the army command.

In 1994, he was director of cabinet at the Ministry of Defense.

After the attack on Habyarimana, he was de facto the highest military authority in the country between April 6 and 9, 1994, during the first days of the genocide, which saw the country fall into horror. The Minister of Defense was then on a mission abroad and the Chief of Staff of the army had just died alongside the President.

The courts that condemned him retained his responsibility in this respect.

While the appeals chamber did not find that the colonel had ordered the crimes of which he was accused – unlike the trial judges – it did find that he knew that these abuses were going to be committed and that he did nothing to prevent them even though he had the means to do so.

Pastor Arrested For Defiling 13 Year-Old Girl In A Cemetery 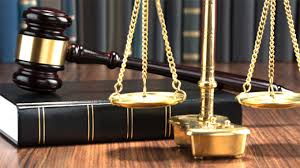