The warning follows report that the graft-busting body is planning to invade Mutharikaâ€™s retirement home in Mangochi and seize some of his personal property for investigations.

The issue is in line with the failed interrogation in the abuse of his TPN which led to the arrested of his former bodyguard Norman Chisale and former Chief of Staff at State House Peter Mukhito.

In a statement signed by DPP Spokesperson Shadric Namalomba, the party says it suspect political witch-hunt in the whole move.

Below is the letter from DPP; 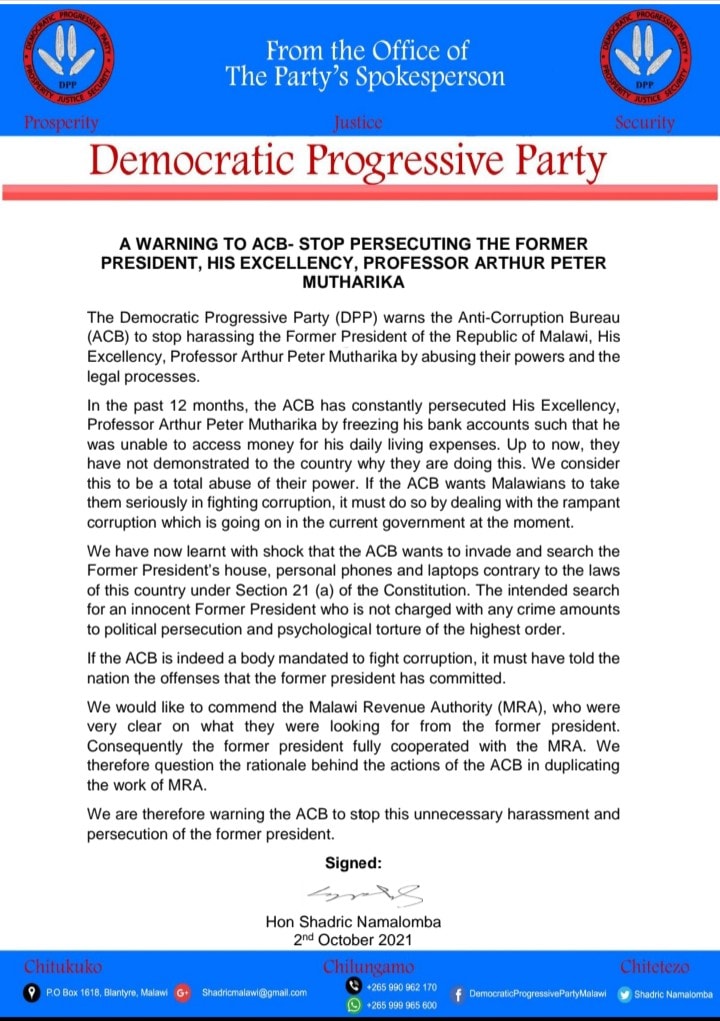