A Former Colombian soldier, Mario Antonio Palacios, 43, has been arrested in Miami, US as a suspect in the murder of Haitian President Jovenel Moise

Palacios, a former member of the Colombian military, is accused by Haitian authorities of being part of a mercenary group that tortured and killed Moïse and wounded his wife, Martine, during an attack on Moïse’s private home in July. 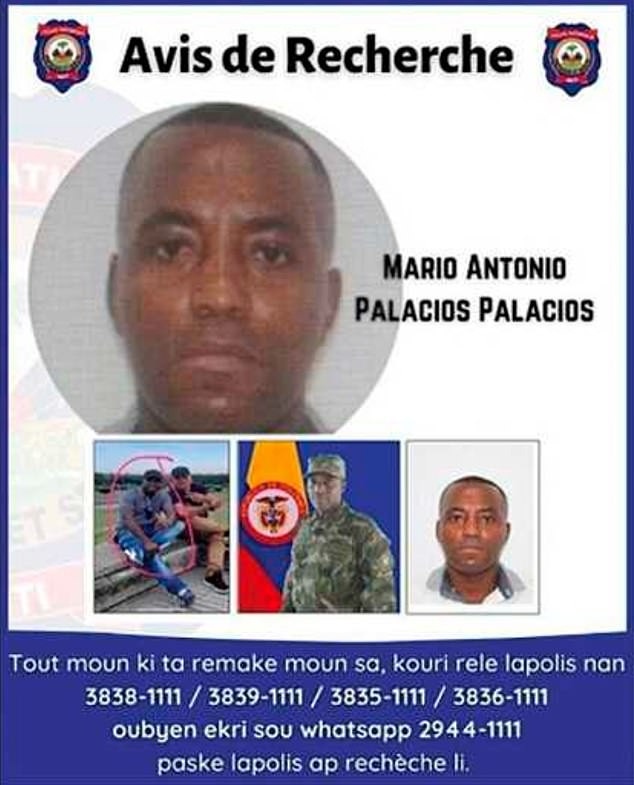 Palacios also known as ‘Floro’ – was arrested in Miami on Tuesday, January 4, after being detained and deported by authorities in Jamaica, law enforcement officials say. 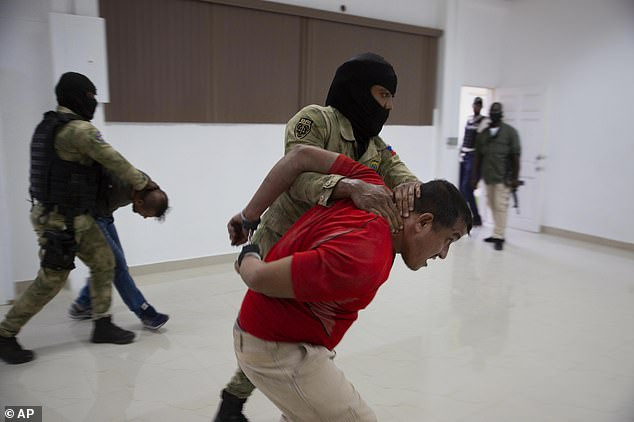 He was held in Jamaica since October, but was deported to Colombia earlier this week due to what officials say was an immigration violation.

However, during a stopover of a flight in Panama, the suspected mercenary was again arrested, and asked to ‘voluntarily’ board a flight to the US, a source said.

Before he was deported, Palacios, who admitted he was in Haiti at the time of the attack, allegedly evaded capture by escaping the Haiti by boat to Jamaica in October. 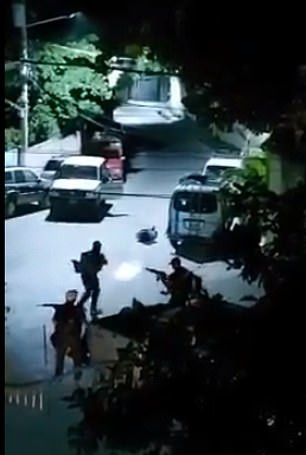 Speaking to ‘The Week’ from an undetermined location, Palacios denied killing the former president but said he witnessed it.

‘I don’t know who killed him. I say it from the heart for my family,’ Palacios told the outlet.

Palacios is now scheduled to appear before a federal court where he will be indicted and face formal charges by Homeland Security and the FBI .

When arraigned on Wednesday, January 5, Palacios will be the first person allegedly involved in the brazen assassination to be formally charged with a crime