Social media is flooded with video clip and screenshots of a male university student who has died after 11 rounds of knacking.

Reports indicate the student called a girl to his room after cancellation of an exam.

It is reported that the two even too drugs to spice the thing.

The guy reached 5 rounds but due to the drugs he continued to with 7 rounds which damaged his life.

Further reports indicate that the girl is in coma state. 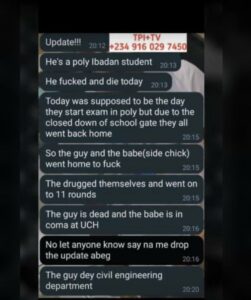 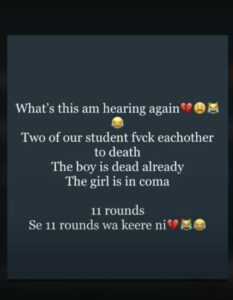 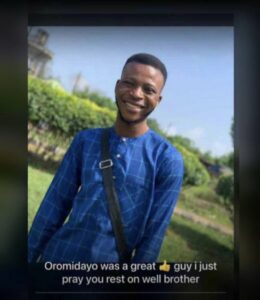 Previous article23 Types and Shapes of Vagina, All of Them Are Normal
Next articleBaby Momma Takes Picture With Her 2 Baby Daddies Causing A Stir On Social Media