The opposition Democratic Progressive Party (DPP) has shifted its mega rally that was slated for July 3, 2022 to July 10, 2022 at Nyambadwe Community Ground in Blantyre.

The development comes barely two days after the party held a meeting at PAGE house in Mangochi where the party fired DPP Vice President for the South Kondwani Nankhumwa as leader of opposition and replaced him with Dr. George Chaponda.

According to the statement, former President Peter Mutharika will not attend the rally as earlier announced.

“With TEARS OF JOYS, we would like to inform the DPP membership and general public that DPP MEGA RALLY that was slated on 3rd July, 2022 has been postponed to 10th July, 2022. The guest of Honour for the MEGA RALLY will be Malawi’s Leader Of Opposition in Parliament, Honourable Dr George Thapathula Chaponda, Mp,” reads in part the statement. 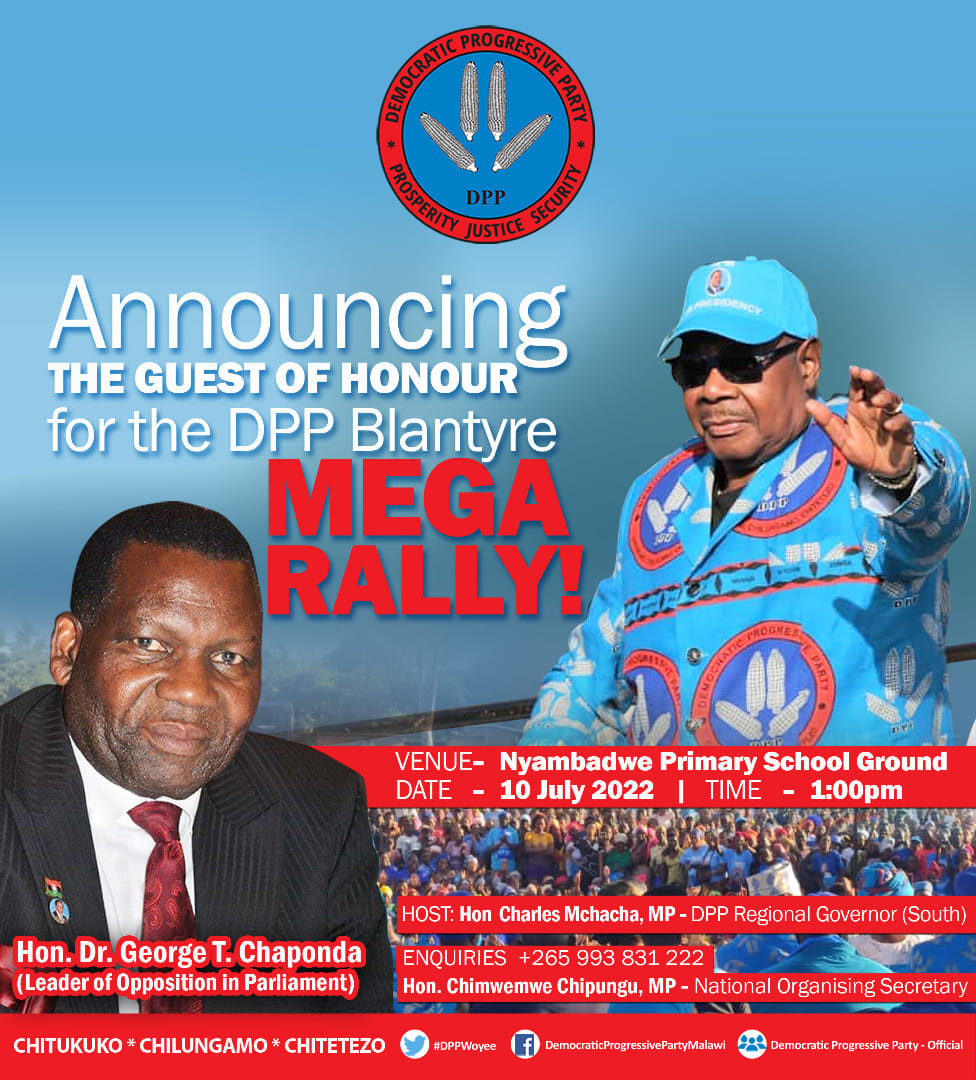 A Mpongwe woman will have to restart the process...

Two villages in Neno District have been affected by...
FaceofMalawiNEWS