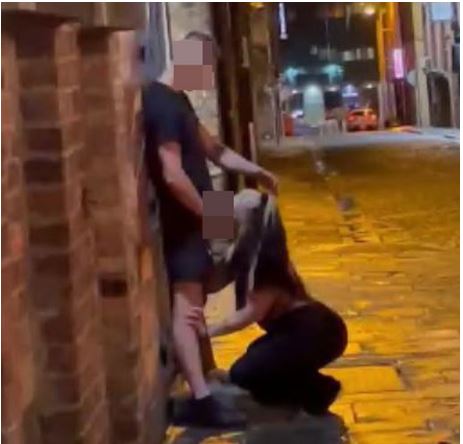 The videos of a couple being caught on camera engaging in oral sex in public have gone viral online.

The couple was caught on camera in Concert Square in Liverpool, performing a sex act while the man was leaning against the wall and the woman was crouching down in front of him.

The two can be seen in numerous videos shot by various sources cheered on by onlookers as they pass close to drinkers near the Einstein Bier Haus entrance.

Other clips also show the couple having sex in Bold Street and what appears to be a Merseyrail train.

The pair have been branded criminals by the Mayor of Liverpool.

Today, August 4, Liverpool’s Mayor Joanne Anderson slammed the couple and said she had been liaising with Merseyside Police.

Mayor Anderson tweeted: “I am extremely shocked and concerned at videos circulating showing acts of indecent exposure and sexual activity in our city. This isn’t amusing – it’s disturbing, damaging and an illegal act.

“It also sets a dangerous precedent for the young women & men of our city. Let me be clear – this is a criminal offence.

“Acts of indecent behaviour in public places in Liverpool is simply unacceptable and will not be tolerated. I have spoken with Merseyside Police and requested immediate and appropriate action.”

Watch the videos below. 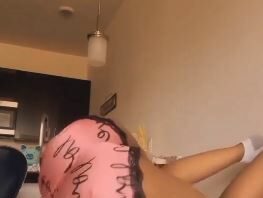 See What This Slay Queen Was Recorded Doing In Her Room... 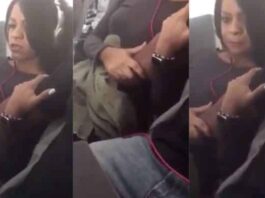 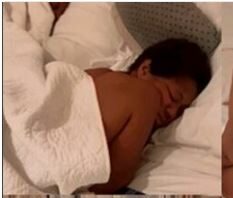 Woman Caught Her Husband B0nking A Slay Queen In Their Home...