Did You Know That The Space Between Women Breasts, Buttocks Has A Name? Check It Out

The study of science and it’s practical work sometimes gets interesting when such topics are raised everywhere. Everything that lives in this world has a name.

Unfortunately for those that don’t read wide, such vital information are kept away from them.

Honestly, tlhere are some structures that exist in the world which most of us think that does not have names.

In this article, we will look at the name of the space or line between two “boobs” and that between the buttocks of females.

When this question was asked on Quora, the responses received were many and quite distinct.

See the doctor’s response below. 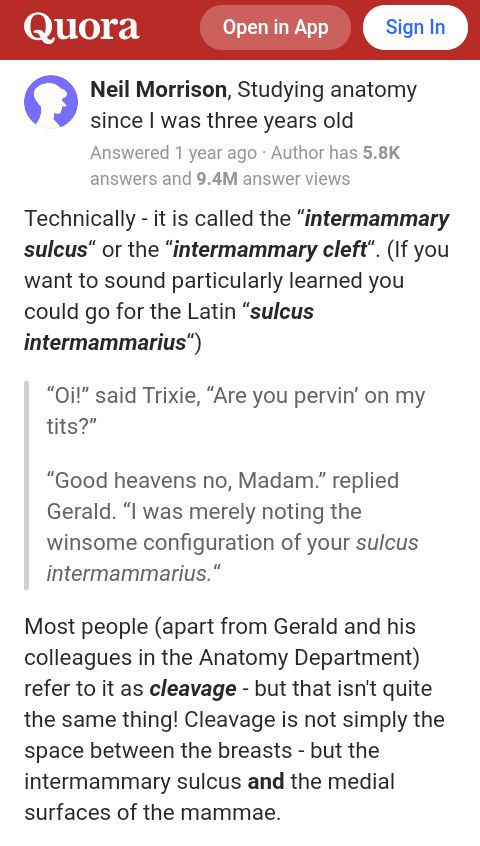 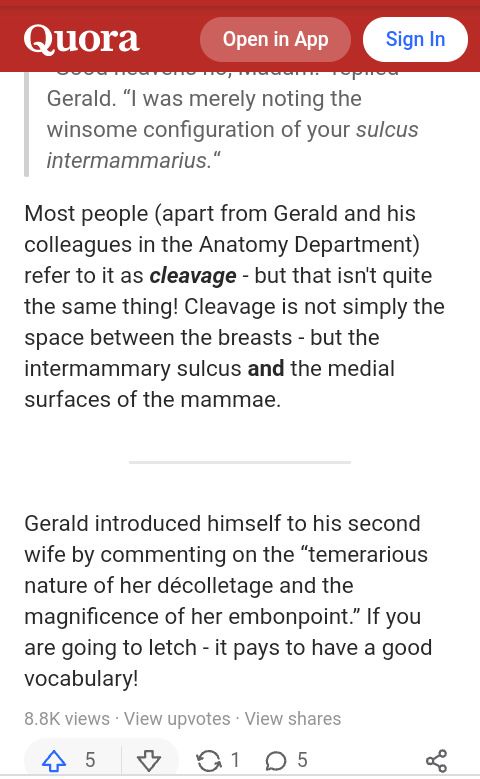 He added that “Most people refer to it as cleavage – but that isn’t quite the same thing! Cleavage is not simply the space between the breasts . It is the intermammary sulcus and the medial surfaces of the mammae.”

“Gerald introduced himself to his second wife by commenting on the “temerarious nature of her décolletage and the magnificence of her embonpoint.” If you are going to letch – it pays to have a good vocabulary!”

See other responses received below: 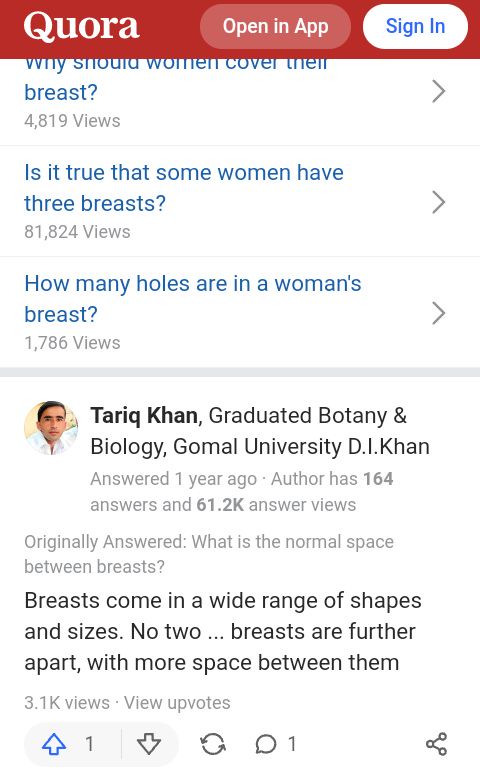 Previous article
7 Meals Eaten In South Africa But Other Countries Don’t (Photos)
Next article
SAD|| Young Lady, 18, Prepares Fine Venue for Her Birthday Party but No One Came, Video of the Empty Hall Goes Viral (Watch)