Who will replace Daniel Craig as the next James Bond? 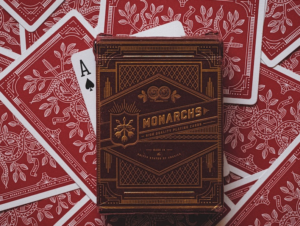 With a major shakeup in the new Bond stakes, seeing Idris Elba apparently taking himself out of the race, it’s still anyone’s guess who the new Bond will be.

Daniel Craig gave up his license to kill as 007 after the latest Bond film, No Time to Die, which was his fifth and final film. When he was originally cast as Ian Fleming’s infamous spy, there was public backlash and criticism. However, after the release of his first outing as Bond in Casino Royale, he not only received rave reviews from critics and the public alike, but he earned himself a 2007 BAFTA nomination for the Best Actor in a Leading Role – the first ever for any Bond actor.

Craig gave the character an emotional depth that no other actor had ever done before. His intensity and vulnerability, combined with physical toughness, gave viewers a darker and more psychologically complex James Bond. By perfectly balancing ferocity and subtlety, he showed that Bond was capable of killing others and getting emotionally hurt. His portrayal of Bond in this different light made viewers want to live vicariously through him, as well as caring about him as an individual. No wonder Rolling Stones magazine claims he is the best Bond ever.

Fans have been trying to guess who will take over from Craig for years now, ever since he confirmed he wouldn’t be returning to the role for a sixth film. And if you’ve watched the latest instalment of Bond, you will know it is near impossible for him to make a comeback!

There appears to have been some preliminary conversations about the plans, with Broccoli hinting at a radical re-imaging of the franchise. It’s a big decision as it’s not just a casting role. The team seems to be in the process of trying to reinvent who Bond is, and that takes time and consideration.

So, who is in the running to fill the empty pair of suave spy shoes left on the doorstep by Craig?

Despite being the bookies’ favourite, front runner Idris Elba is supposedly out of the running, wanting to pursue his own projects. If this is true, it leaves fellow British stars Rege-Jean Page and Henry Cavill as the new favourites, with other contenders James Norton, Tom Hardy and Lashana Lynch – a possible first-ever female 007 – hot on their tails.

After securing himself as one of the standout stars of Bridgerton, Page had around 60 million households swooning over his brooding character of the Duke of Hastings. Proving that he already has the star power to carry a major franchise, as well as the physique to play an action hero, could he be the next James Bond? He recently appeared in the big-budget Netflix spy thriller The Gray Man, proving he is more than at home in the genre.

Famous for his portrayal of Superman, Cavill certainly has experience with epic fight scenes and mega film franchises. His Hollywood good looks lend him well to leading man material. The same can be said about his genuine acting talent, which he has showcased in many hit roles such as Capture the Castle and Night Hunter. It should come as no surprise that he is currently riding high at the top of the running.

Previously the official frontrunner to take over from Craig, Hardy has consistently been one of the names thrown around in Bond casting rumours. You only need to watch Mad Max: Fury Road and The Dark Knight Rises to see he is a master of the action genre. His appearance in Legend also shows that he carries a suit well, a crucial element to the role of Bond. Recently there have been rumours he has been dropped as a front runner, but the jury is certainly not out on this one yet.

Another possible contender is an English actor who has seen his profile flourish over the recent years. With the scope and skills to play both a romantic heartthrob (as seen in War and Peace) and a sinister psychopath (Happy Valley), perhaps he could bring the nuance and complexity to the 007 role that Craig has left in his wake, giving the character the emotional depth viewers lapped up in the last five films.

Her recent portrayal as the first female double 00 agent in No Time to Die has certainly set tongues wagging. Lynch more than proved herself as a master of the genre while sharing the screen with Craig, leaving fans wondering if she could step into his boots, becoming the first black and female Bond in one fell swoop. Broccoli has made it very clear that Bond would never be a woman, but you never know. When reinventing the character, could a female Bond be the next move?

The Bond shoes are huge to fill. Not only do we need a James Bond who looks good in a suit, packs a punch, and has world class blackjack skills, but we need one who gives Bond a soul. Craig gave Bond a license to be vulnerable, and this is something that has brought James Bond into the 21st century, making him more humanized and relatable. It will be interesting to see how the character evolves.

Benefits Of Bathing With Salt Water You Probably Didn’t Know

Benefits Of Bathing With Salt Water You Probably Didn’t Know

A 27-year-old man from Ng'ombe Township in Lusaka, Zambia...

Another viral video of taxi driver that intentionally recorded...

Shortly after landing in Kinshasa in the Democratic Republic...