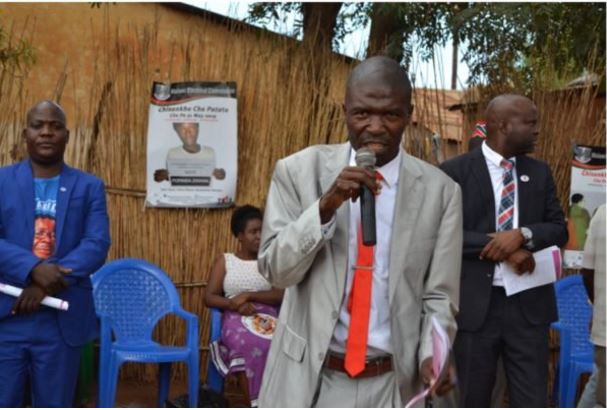 According to Chisale, Phwetekere ward does not have access to safe water and the situation gets worse in the time of bereavement.

He added that women travel long distance to fetch water for grave diggers.

“When there is a funeral, women from this ward travel long distances to fetch water for grave diggers,” he said

Chisale promised to address the challenge once elected in the forthcoming tripartite elections.

“I promise you this will be history if you elect me as your councilor. I will install piped water in all the graves to save our women from this burden,” promised Chisale.

When asked on the bills, Chisale said he will be paying the bills and he will employ guards to secure the pipes and meters.