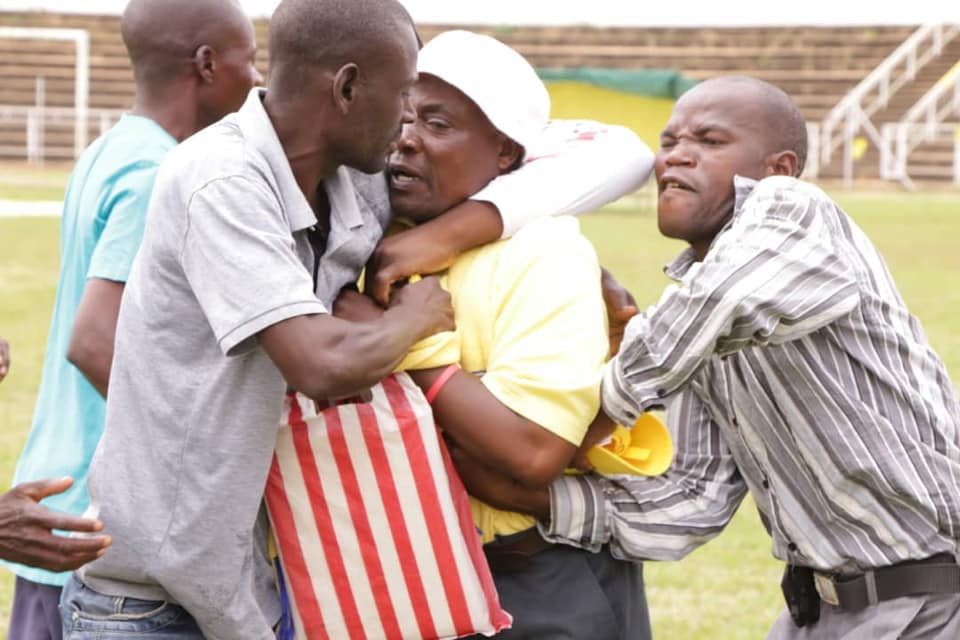 United Democratic Front (UDF) President Atupele Muluzi on Sunday launched the party’s manifesto with a promise to abolish quarter-system of selecting students to public Universities once voted in to power on May 21, 2019.

The launch took place at Civo Stadium in the capital Lilongwe where (UDF) supporters from all corners filled the stadium to capacity.

The launch was characterized by unrest as party supporters were seen fighting and tussling over party regalia.

The whole saga started when UDF spokesperson Ken Ndanga ordered those in possession of party t-shirts, cups and other materials to distribute them to supporters who were in civilians to paint the whole Civo Stadium with orange.

As the said officials were about to commence the distribution exercise, supporters surrounded the official to snatch the party materials.

This resulted into a fight and it took the intervention of the security officers to calm down the situation.