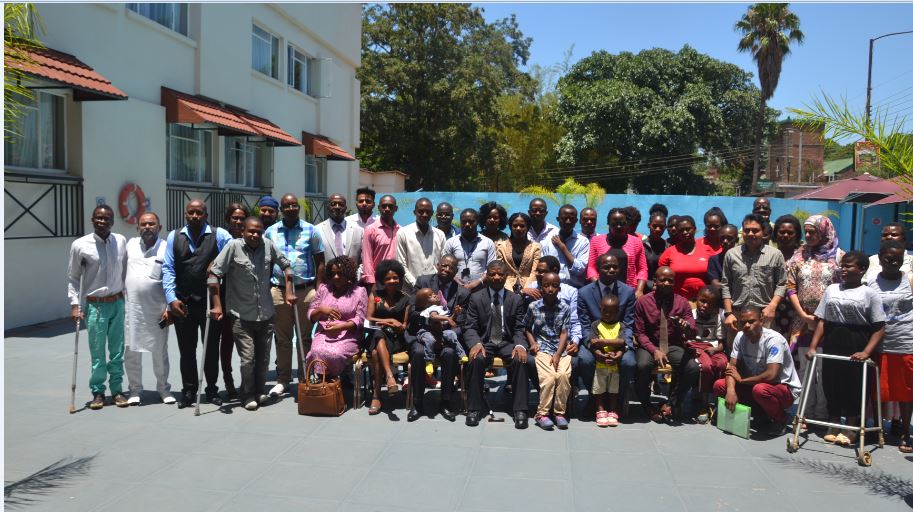 By Steven Godfrey Mkweteza
The ministry of industry, trade and tourism has asked the food processing companies to consider exploring possibilities of fortifying food stuffs with folic acid as a measure of reducing the high levels of Spina Bifida and Hydrocephalus among the women in the country.

Director for industry in the ministry Kedron Chisale said in an interview in Blantyre during the food fortification monitoring and compliance workshop.

Chisale said the Malawi is among the countries in the world with the highest levels of spina bifida and hydrocephalus due to the manufacturing companies reluctance to comply with the laws that recommends the use of folic acid in the food products as as sugar, wheat, cooking oil, maize flour and salt.

“Generally as the country we are trying our best to reduce the cases through among other things the formulation of mandatory standards for the companies to apply when processing their foodstuffs. However, bureaucracy among the players has been noted as the main delaying factor,” said Chisale.

Chisale, furthermore, noted that high illiteracy levels mostly among the rural populace, corruption and porous border system as some other factors affecting the implementation of the strategies.

John Kapito, the executive director for consumers association of Malawi(Cama), concurred with Chisale, adding that the levels of awareness to bring about positive change were still very low.

“Because consumers are not demanding fortified food, then companies see no reasons of producing the foodstuff for fear of making no profits. Hence, a need for intensive advocacy among the communities to demand the fortified food,” said Kapito.

Kapito said his organization would soon make public the results of the micro-nutrient survey which it carried to bring the culprit to book.

“Every year over 150 cases are reported at Queen Elizabeth central hospital alone. But this figure is very low since many other people are not reporting the cases to the hospitals for fear of stigma and discrimination,” said Chapweteka.

Malawi developed the micro-nutrient strategy in an effort to address the micro-nutrient deficiency that the country has been experiencing such as lack of iodine, zinc and vitamin A. The mandatory strategy target five foodstuffs such as maize, wheat, cooking oil, salt and sugar.

The country also instituted the food fortification laws in 2015 in a drive towards reducing the malnutrition among others.