PULL DOWN SYNDROME IN MALAWI

Why don’t Malawians embrace and appreciate technology, innovation, skills and talent? More importantly why do we not give credit and full recognition to the real achievers and innovators of our generation? Instead of celebrating them we would rather castigate those who go against the grain and dare to be different and experiment with something new .experts say that, Malawi has the biggest post colonial hangover out of all the former British colonies and after listening to a BBC world service radio programme called “The Interview”, where British actor Sir Michael Cane was the guest, I see that’s very much true. Allow me to quote Sir Cane, “In Britain if people see someone riding a Rolls Royce, their immediate reaction is how do we pull that bastard out of there and burn it (the Rolls Royce). While in America people will say whoa! Who that is, one day I want to be like him.” Well it was loosely along those lines, but the point I am trying to push through is that of this vile disease we may have inherited from the British called pull Down syndrome. In Malawi hardly anyone is willing to be adventurous and try to embark in a project or business venture that is in an area that has not been explored by others, and when a few brave souls are willing to throw caution to the wind and risk all they have in pursuit of an idea or dream, the community is quick to be skeptical and discourage them instead of giving them the support they need. 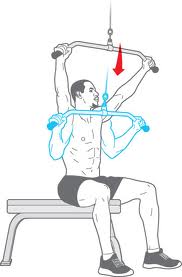 Our society is one that seeks to breed failures. We would rather have people fail so that we can have juicy stories to talk about, of so and so he tried to set up this, but failed miserably and have a good laugh at their expense all along forgetting that if this person had succeeded we to would of directly or indirectly benefitted. There exists no conducive environment for entrepreneurship and free thinking, because people will only do things they have seen others engage and succeed in.
I believe this Pull Down syndrome often centers on the element of jealousy. Malawians are a very jealous breed; they tend not to like successful and wealthy people. This is why with most rich people in the country there usually hangs a myth of how they acquired their wealth and it is almost always the same reason that, the individual uses black magic and charms for them to excel in their career or their for business to do well. There is that old story that if you own a maize mill for business to be good you have to kill one of your relatives through black magic so that their soul can be trapped in the maize mill and work as the charm that will bring your maize mill very good fortunes.
Another sad example is of women. In a some what backward society like Malawi, is not very common for people to except a woman to succeed more than men in terms of career. If a woman is excelling rapidly in her job and getting promotions and raises very often people will start talking and making accusations that this lady must be giving sexual favors to the bosses in return for her promotions.
Pull Down syndrome will not be such beneficial to a developing country as Malawi in the long run. A house divided cannot stand. How can a team perform and win if its players do not work as an organized and coordinated unit supporting one another and putting personal differences aside for the sake of the greater good.