At the end of each quarter of the year, Stella Mkwate, in her 30s, a Public Relations Officer (PRO) for a beverage manufacturing firm in Lilongwe goes to the supermarket for shopping before driving over 90 Km from Malawi’s capital to visit her grandmother, Theodora Botolo in her 90s at home in Chinyamula Village in Dedza. Her love for the old woman mushroomed when she was just six.
Gabra woman – Kenya
Stella‚Äôs mother, Fiona, a retired government secondary school teacher in her 60s used to, during her teaching days take the then little girl to the old woman to experience both urban and rural life.

Her daughter did not enjoy her first visit to the village because she felt out of place to be close to her grandmother than her parents, friends and relatives in the city.

But later the girl fell in love with the old woman like a piece of iron glued to a magnet.

Stella enjoyed as they sat near a fire place in the grass thatched hut after eating supper, her grandmother narrate some popular tales that have been transferred from generations to generations.

‚ÄúApart from telling tales, my grandmother taught me some good manners,‚Äù said Stella a mother of three adding that in return, whenever, she went back to Lilongwe shined in story telling in her class during story telling sessions.

Even when she got selected to Nkhamenya Girls Secondary School and later to Polytechnic a constituent college of the University of Malawi (Unima), she was not in a group caught on the wrong foot.

Days of proudly interacting with grandparents and taking care of them like what Stella does are now rare because among other things, of late, rife suspicions that the elderly in Malawi boast of the art of witchcraft and pass it to young children.

For example, Antony Saiwala from Nyanyara Village in Balaka left his home covering a distance of over 120 Km for Blantyre City where he survives on begging after all his relatives abandoned him.

The relatives accused the old man of bewitching children in the village yet the little ones died of curable diseases due to their own parents‚Äô negligence through delays to take them to the hospital for treatment.

Suspicions of the elderly as masters of witchcraft are not limited to Malawi but across southern Africa.

Few years ago, South Africa‚Äôs The Sun Newspaper had on its front page a story of some pupils in Kwa Zulu Natal Province burning to death two old women on suspicion that they were teaching witchcraft to their fellow pupils.
In Tanzania the print and electronic media have also on several occasions carried out stories of some old men and women killed in a mob justice style on suspicion of being wizards and witches in that vast country‚Äôs remote areas.

In Malawi like in most countries in sub-Saharan Africa region, despite that elders are roots of life and wisdom and taking care of orphans after the children‚Äôs parents have died of HIV and AIDS related infections, societies including policy makers focus more on how to assist orphans and in some cases widows than the elderly in general.

This is proved by the mushrooming of more orphanages and Non-Governmental-Organizations (NGOs) fighting for rights and the welfare of children and women than the elderly.

To sample the living conditions for the elderly in Malawi, the Food and Agriculture Organization conducted a research through Chancellor College another constituent college of Unima through researcher John Kadzandira.

In his findings Kadzandira revealed that most of the elderly in Malawi are denied social services and the revelations came after a sample study which was done in Zomba between December 2006 and April 2007.

The study further showed that only 58 per 100 elderly men and 56 per 100 elderly women engaged in agriculture reported receiving coupons for the much talked government National Fertilizer Subsidy during the 2006/07 agricultural season.

The research also indicated that most of the few existing organizations targeting the elderly operating in Malawi including government officials had not visited the elderly in their respective areas 12 months earlier before the study.

‚ÄúThe study in general shows that the elderly are in huge problems and that most of the young people are not in a position to support them due to economic pressure,‚Äù said Kadzandira then.

He added that the migration of the youth from Malawi‚Äôs rural to urban areas in search of greener pastures was also infringing a lot of pain on the elderly because the youth also fall in energetic bracket workforce in rural areas‚Äô sectors including agricultural production.

‚ÄúTraditionally, the elderly are taken care of by their descendants. But due to HIV and AIDS and that more energetic young people are leaving rural areas to become more educated and live in towns and cities there is no one to look for the elderly including even when they fall sick,‚Äù said Kadzandira.

He further said the elderly also easily lose property because they lose power they had due to ageing.

‚ÄúThe elderly are falling victims to land and property grabbing, have no access to good food, quality housing, healthcare and sanitation and this is leading them to early deaths yet they could live longer if provided with adequate, good nutrition, medical care and overall support and impart the knowledge and experience they acquired while productive to the next generations,‚Äù said Kadzandira.

In another FAO separate study it was revealed that the majority of elderly people globally are vulnerable to social pains such as poverty and live in poor sub-standard houses and verbally and physically abused.

The research also indicates that the elderly have low ownership of assets including livestock.

‚ÄúMost of them cannot manage to have a bicycle, mosquito net, two meals a day and water,‚Äù reads in part, the study‚Äôs report adding that even the provision of health services to them also remains a dream.

The study further reveals that the elderly have no voice to scream out the pains they are going through and all the problems they face especially in the rural areas.

Yet according to the same research the elderly make a greater number (over half) of care givers to the sick in hospitals in poor developing countries across the globe.

‚ÄúStudies done in Zambia, Uganda, Zimbabwe and Thailand have indicated that over half of the care givers for the sick in hospitals and homes are old people between 60 and 85 years old,‚Äù says the study paper.

Appreciating rampant problems faced by the elderly in Malawi President Bingu wa Mutharika, himself an elderly person in late 70s, set up the Silver Grey Foundation with a slogan of ‚ÄòLife Begins at 60‚Äô to give hope and support to the elderly.

The foundation also few years ago requested some elderly people in Malawi to file profiles of their skills to the organization in recognition that the elderly have a role to play in the country‚Äôs social-economic development.

Malawi‚Äôs society can never be complete without the elderly because during their productive years they had bore children, raised and educated them, therefore, having lost their energy themselves have to be loved and cared for with support from elsewhere.

Even after growing old, the elderly contribute a lot to Malawi‚Äôs society before their deaths through acting as advisors and counsellors to young people on social and sexual morals while some work as traditional healers hence contributing to health.

The elderly also organize and direct funerals, promote peace by resolving conflicts in communities and contribute to wise counsels on selection of prospective successive chiefs and those already on thrones.

Since social problems including poverty in sub-Saharan Africa countries like Malawi affects more women and children than men the same applies to the elderly, elderly women suffer most than elderly men.

Dalles Mulingo from Mtsinje Village T/A Tsabango in Lilongwe admitted that days are gone when elderly women like herself got respect, cared for and support from the younger generation.

‚ÄúJust 30 years ago at my age I would not go to the river or borehole to draw water, instead it would be either my own daughter or granddaughter or any energetic relative doing it for me,‚Äù said Mulingo in her late 70s adding, ‚ÄúBut today this is different because just imagine I have to wrestle with young women to draw water at a borehole.‚Äù

The Rome (Italy) based Community of Saint‚Äô Egidio says it is concerned that there is on-going less attention to the elderly on the globe.

‚ÄúThe number of the elderly is increasing worldwide but the attention to their problems is minimal,‚Äù said the organization‚Äôs president Marco Impagliazzo.

Malawi‚Äôs Minister responsible for people with Disabilities and the Elderly Reen Kachere said the elderly are in the group of vulnerable people and admitted that they are facing a lot of problems in the country.

President Bingu wa Mutharika said the elderly deserve respect, love and care than ill-treating them and associating them with witchcraft.

‚ÄúAgeing is not a sin but a blessing for a life well lived. With HIV and AIDS living beyond 60 is a blessing. We are burying many young people than before. Ageing is a sign that you have managed to take care of yourself,‚Äù said Mutharika. 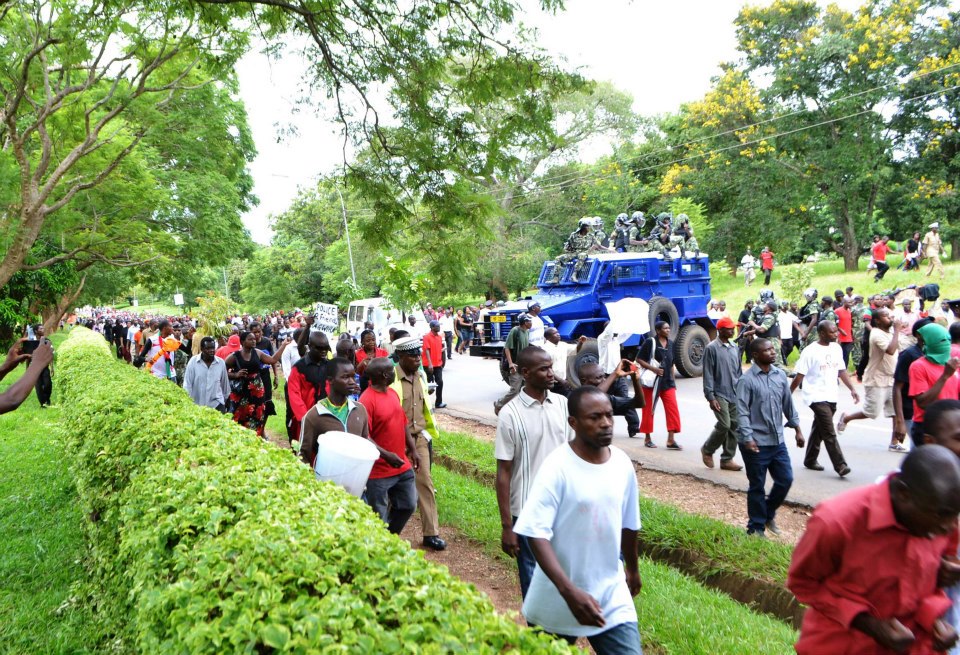 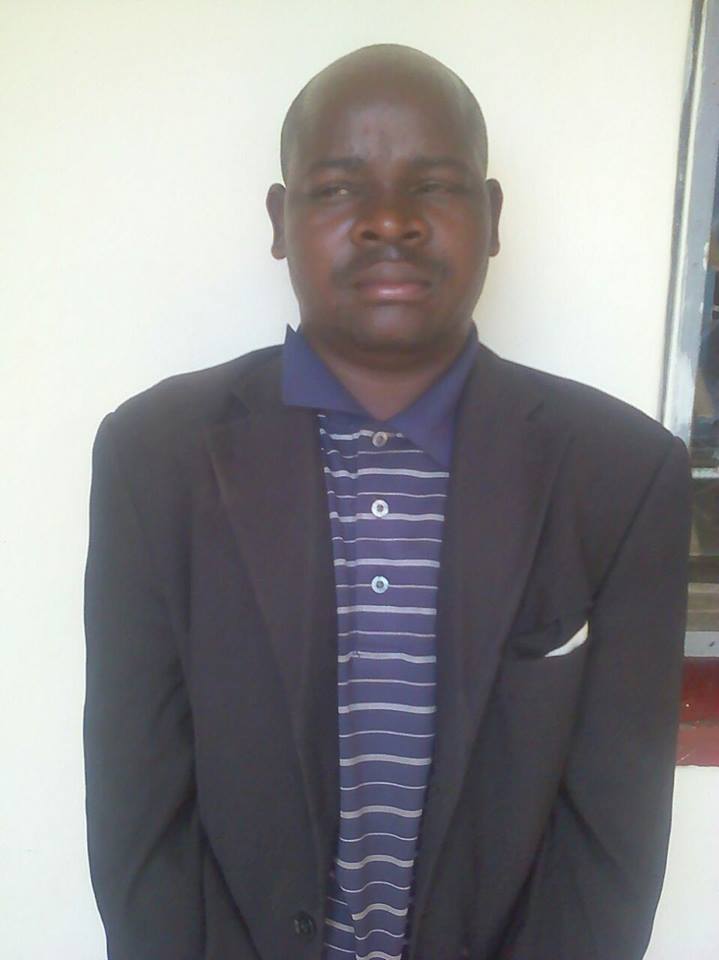