Christianity, Islam or Buddha is not only about membership to a religious organization but also implementing acts of faith. What is the importance of belonging to a religious institution when the poor are not helped? Religion is for promoting social justice in community. Early Egyptian religious institutions developed strong moral codes based on social justice such as giving shelter, bread and clothing to the poor.

In India, Buddhist Emperor Asoka is reported to have provided medical facilities and sunk boreholes for the poor. In early Greek societies, wealthy people gave food and shelter to the poor. Jewish prophets such as Isaiah, Mica and Malachi are considered forerunners to modern philanthropy for they campaigned for social, economic and political justice for the poor.  In this regard, early churches established funds to support widows, orphans, the sick, the poor and prisoners. It is not like the church today in which money collected is for leaders.

From the Old Testament, it is clear that there were no poor families in early Israel. All the Israelites shared equal social status on their journey from Egypt to Canaan.  Social classes only began to develop after the establishment of a monarchical system of government in Israel.  Isaiah 26 v 6 says feet trample it down- the feet of the oppressed, the footsteps of the poor. This resulted from the human break with the covenantal relationship with God.  In anger God sent prophets to challenge the Israel leaders about the prevailing socio- economic oppression of the poor. The Old Testament clearly shows strong opposition against alienation of the poor by God. Zephaniah 3 v 12 says but I will leave within you the meek and humble who trust in the name of the Lord. This means that it is inevitable to have the poor in our communities.  The poor are a result of social and economic marginalization.

Exodus 21 v 2-6 says God gave a law regarding slaves in which no slave was to be kept over a period of six years by a master.  Similarly in the New Testament, we find that Jesus was more concerned about the poor. In fact Jesus had great compassion for the poor and was not hesitant to minister them.  In Luke 4 vs. 18-19 even the prophet Isaiah indicated that one of Jesus’ responsibilities was to preach the good news to the poor.

To understand the socio-economic conditions prevailing during Jesus’ time, it is important to know that there were Sadducees and Pharisees. These were religious and legal experts of the time. They had fixed mindsets on social and economic classes. That is why they failed to understand Jesus. The confusion arose from two fronts. Jesus was born into a family of a village carpenter who was classless. Secondly, Jesus lived a simple life with his disciples.  An important lesson is that it is the hopeless that have hope in God while the rich place their hopes on their wealth.

Socio-economic stratification began to widen in Malawi after the attainment of political independence in 1964. Some citizens are living like refugees in their own country. The Big Issue Magazine aims at de-marginalizing society and promoting social justice by providing a voice to the voiceless. 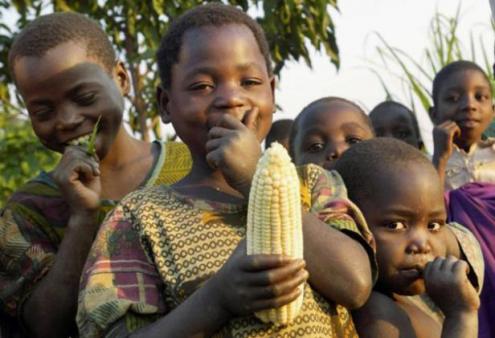