What legacy has Osama Bin Laden left in Malawi? 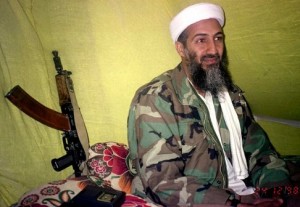 Sometimes names of people, places, food and so on, are given for particular reasons. Our reporter GERALD KITABU who happened to live in Malawi under Fredskorpset Profession Exchange Programme of Norway in 2006/7 writes in this article about Malawian food named after “Osama bin Laden.”

What would be your impression if someone tells you “let me go and get Osama bin Laden”?

Surely, what flashes into one’s mind is that militant Islamist, father and founder of the world number one terrorist’s organization Al-Qaeda.

Osama bin Laden was killed by US Navy SEALs operation that took place at a fortified compound on the outskirts of Abbottabad in north-west Pakistan, some 100km from Islamabad early Monday

Osama, who masterminded the infamous September 11, 2001 attacks and subsequent destruction of the World Trade Center in New York City and severe damage to The Pentagon, outside of Washington, DC, had been hunted for nearly ten years before meeting his death on Monday.

But in Malawi, Osama bin Laden, 54, born in Riyadh, Saudi Arabia, has quite a different meaning.

I was shocked one early morning, when I first heard some few meters away from my flat shouts ‘Bin Laden, Bin Laden’ the way vendors do in urban areas when they “advertise” their mechandise.

In a flash, I jumped from my bed and stole a glance through my window. To my astonishment, I saw boy carrying two plastic bags with some stuff that I was unable to recognise.

When I arrived in Malawi in December 2006, it took time for me to go to the groceries and supermarkets as most of the shopping was done by our security guard.

One day, after some weeks, I decided to buy some bites from a nearby small retail shop. After obtaining various items I realised that I had overlooked buying bread and so I asked for one.

I was shocked the more when a hawker Ethel called told me she did not have bread but ‘Osama bin Laden’ only. “Someone has just gone to buy bread…it’s finished,” she told me. But since she knew I was a foreigner, Ethel hastily said: “I only have ‘Bin Laden’ with me, have you ever tasted it?” I thought there was communication breakdown between the two of us so I begged her pardon. “Bin Laden!” she repeated.

I was not satisfied with her response and said: “we are not getting each here”. And before I could open my lips to tell her something, she turned back saying, “please wait a bit I take it for you, I am sure you will like it!”

As she bowed to pick the “Osama bin Laden” from an under shelf, I asked myself what this ‘Osama bin Laden’ was. Gosh! It was a shock of my life, a bun. I then jokingly told her “No, I don’t want Osama bin Laden, I want George W. Bush.”

She ruptured into laughter before saying “No! As of now here in Malawi, we only have ‘Osama bin Laden’, do you have both {George Bush and Bin Laden} in your country?”

As Ethel took the bun back to its place, she went on inquiring from me. “How does your George Bush taste? Is it as good as our Malawian ‘Osama’?”

I later told her that in Tanzania we have neither Osama bin Laden nor George Bush buns, and was only joking with her because the two names go together and there is no way you can mention one without the other.

Each bun, baked in a size good enough to satisfy one’s hunger, is sold at between 20 and 30 Malawi Kwacha both at the vendors and at supermarkets respectively.

This round-shaped foodstuff is baked using sugar, wheat flour, milk and other ingredients and, it is taken for breakfast at home with a cup of tea, soda or a glass of milk or juice.

‘Bin Laden’ is also commonly used in offices during tea time. I have observed that it is generally linked to low income earners.

But why is this bun named after Osama bin Laden? Sellers and consumers on the streets of Malawi’s commercial city, Blantyre explained that apart from being cost-effective this well-known ‘Osama bin Laden’ is very delicious that one cannot afford missing it.

A 40-year-old security guard working with Group4Security, Fanuel Chikopa, told me that the bun is very “durable in the stomach,” just like Osama bin Laden who was well known for his “durability” and toughness.

“After consuming a single “Bin la Laden” with a bottle of Coca cola or cup of tea, a person can even spend the whole day without feeling hungry. That is why we named it after “Osama bin Laden,” he explained.

Chikopa says even his eight-member family depends on “Bin Ladens” for breakfast as his meagre salary cannot manage to buy bread everyday.

A junior officer in the civil service, John Chikwakwa concurred with Chikopa saying “Bin Laden” is helping a lot of people because it is cheap and once taken it has no difference with nsima (ugali).

“You know in the civil service salaries are a mockery. As a junior officer, I can’t afford to have a decent meal. That will mean no food for my family or school fees and clothes for my kids,” he said.

And George Lipenga, 25, narrated hoe he had been earning a living from selling “Osama bin Laden” because people liked it and was hot business.

“In business you need to be smart. You have to conduct a survey of the market, what customers want most before you decide to venture into it. Here in Malawi “Osama bin Laden”…my dear after eating it you will not want another food,” said Lipenga.

On a lighter note, fascinatingly, there is one thing for sure consumers always mind after eating ‘Bin Laden’. The bun is sparsely coated with powdered milk during baking and one has to thoroughly clean their lips, otherwise, your guess is as good as mine.

Upon hearing the death news of Osama bin Laden, different media houses in Malawi reported that the buns gained sudden popularity as supermarkets in the commercial city of Blantyre, and capital city Lilongwe received many more customers than for other food stuffs.