Develop me: Malawi: From basket case to food basket 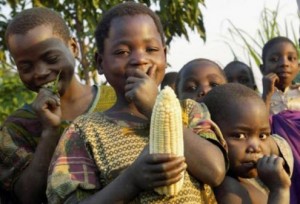 Just six years ago Malawi could almost fit into the proverbial “hell on earth” as hunger stalked almost half of its population.

The country experienced perennial severe food crises due to failed rainfall, poor planning and lack of investment in agriculture.

Malnutrition among children under the age of five stood at 50% especially in the central regions.

Unlike most of the countries in Southern Africa, Malawi is not blessed with mineral resources, so they had to rely on international donors to sustain government activities and development programmes.

Having emerged from many years of underdevelopment and dictatorship, Malawi had to dance to the whims of all sorts of donor conditions, from deterrence from investing in agriculture despite distinctly fertile soils alongside perennial and abundant water sources, to economic prescriptions which pushed the government to cut expenditure which somewhat contributed to perpetual poverty.

The country became a perennial playing field for all sorts of aid interventions.

In 2004, as he was campaigning for the presidency, Bingu wa Mutharika made it clear that he intended to invest in agriculture.

As he assumed the high office in Malawi, he appointed himself Minister of Agriculture so he could spearhead his agenda.

In 2008, the signs of success started showing, as the pledged to embark on a “green belt” programme which would enable the country to say goodbye to hunger and international food aid.

When we were busy telling the West to go hang a million times, the Malawian president was busy trying to convince the G8 during the 2008 United Nations General Assembly to support his country to create “a green belt around our lakes and along our rivers to irrigate land up to 20 kilometres from the shores”.

The Malawian government then had plans to grow, through subsistence and small-scale farmers, a lot of rice, wheat, maize, millet, cassava, potatoes and beans for the local and international market.

The failed previous policies made Malawi look like a hopeless country, whose only value was the over 13 million lives inhabiting this warm heart of Africa.

And as Mutharika made these calls no one including most of its major donors believed that Malawi could one day come out of hunger.

But in the midst of this despair, gloom and doom, one man had a dream, a dream to transform ideas into reality, a reality that would lead his country out of perpetual hunger.

Despite donors, especially the US and the World Bank, opposing his agriculture proposal, Mutharika, with nothing more than the arrogance of confidence and vision, plus limited resources, in less than half a decade transformed a basket case into a breadbasket for the region.

While the Western media are feasting on his perceived autocracy, he stands proud that his country is now able to feed itself.

Sometimes it is not easy to talk democracy when people are hungry.

The story of how Malawi has used an extensive programme of fertiliser subsidies to generate seven years of economic growth, reductions in poverty and child deaths surely deserved accolades.

It is a story that illustrates that good planning can transform nothing into something.

In fact the Malawi story challenges a number of myths and assumptions. Firstly, it shows us that it is possible to achieve poverty reduction even when no one believes in you.

Malawi went against the advice of both the World Bank and the United States agencies.

The Bretton Woods institutions were opposed to Mutharika’s agricultural subsidies, as they argued it would destroy private sector agriculture but instead it has spurred the country’s economic prosperity benefiting both the private sector and the citizens.

Secondly, it tells us that development programmes should be owned and driven by the government and not donors which allays platitudes about sanctions arresting our agriculture production.

Thirdly, a well-planned land reform and an agriculture production plan does not take more than 10 years to make a country food secure.

And finally, it’s not about jingles, slogans, kongonya dance or denouncing the West that facilitates food production, it’s actually the will to do so.

For a country like Zimbabwe, which boasts of a variety of mineral resources, fertile soils and an average rainfall pattern, isn’t it a shame that some of our people still feed from donor handouts?

Tapiwa Gomo is a development consultant based in Pretoria, South Africa