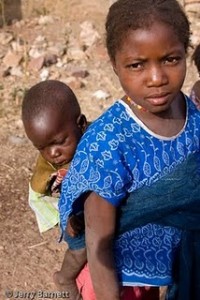 Those who follow my photography or watch me on Twitter will know that I have a “thing” about Africa. I’ve spent about 10 weeks in West Africa over the past three years travelling and taking photos, as well as spending time with new friends. Africa is a poor continent, no doubt, but that simple fact masks the fact that its economies are also growing fast, and it’s as much a place of success stories as it is about poverty.

Africa is developing at a rapid speed; soon some of its cities will be among the largest 20 in the world, and its population is expected to triple by 2050. Nigeria will become the first African economy to enter the world’s top 15 within a few decades. Mobile technology is booming, and Internet access is also spreading rapidly

Development needs electricity, but at a moment when global warming threatens African and global agriculture, the last thing Africa needs is more fossil fuel consumption or forest destruction. But Africa has plenty of sunshine – solar can provide many of its needs.

A few months ago at a music festival, I met a great charity called Solar Aid. They were charging festival-goers’ mobile phones using solar energy, in order to raise money for their projects. Solar Aid builds large-scale solar power projects in East and Southern Africa and in doing so, tackles major problems: helping Africa develop by proving electricity while not adding to global warming or destroying forests.

Earlier this year I received an email from SolarAid challenging supporters to raise money this year by taking on a major challenge. Being a keen cyclist, I decided to do a long solo bike ride. I plan to ride 1,200 miles in three steps:

I’ll be recording the trip as I go with the help of a compact camera that Olympus UK have kindly offered in support.

Now the pitch – I’d like you to sponsor me. £20 (or more) would be fantastic but even if you can spare a fiver, I’d be very grateful (as would Solar Aid).

PRIZE DRAW: One of my sponsors will receive a large framed print of one of my Africa photos

Previous articleAsking God about the date you will die: HIV testing as a zone of uncertainty in rural Malawi
Next articleAnti-gay backlash threatens aid and rights in Africa