A program in Malawi which helps feed orphaned children is facing a financial crisis after Madonna‘s charity cut funding, according to a U.K. report.

The pop superstar, who has adopted two children from the African nation, helped set up an organization called Raising Malawi to aid residents of the poverty-stricken nation.

The charity was thrown into chaos earlier this year when plans to build a girls’ school collapsed amid allegations of financial mismanagement, prompting Madonna to dissolve the foundation’s board of directors.

The head of a charity scheme in Malawi called Consol Homes Orphan Care, which feeds more than 24,000 children across the country, has now claimed the program is in jeopardy after money from Raising Malawi was stopped.

Elicy Chapomba, co-founder and head of operations at Consol, tells Britain’s The Times, “Since July last year, no money has been sent and we have resorted to borrowing from the banks.”

Madonna’s publicist has alleged funding was cut because a Raising Malawi audit allegedly found evidence of poor financial management at the organization, explaining, “Simple financial procedures need to be put in place ensuring that checks are authorized, disbursements are accounted for and financial documents and resources are… handled by financial staff. Basic monitoring and evaluation of programs… is not implemented.” 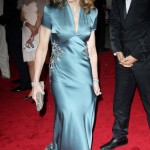