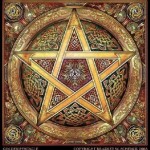 LILONGWE — When Kanthukako Supaunyolo’s grandson woke up in the night with a nosebleed, his parents were enraged by what they saw as a bad omen and a certain product of sorcery.

They accused the 82-year-old grandmother of casting a spell on him, and filed a criminal complaint of witchcraft, landing her in jail under a century-old law now under fire by both non-believers and self-proclaimed witches.

“How could I bewitch my own grandchild. For what?” said the soft-spoken woman.

She and two elderly friends were convicted and sentenced to 33-dollar fines each, a steep sum for women who — like 62 percent of Malawians — live on less than two dollars a day. When they could not pay, they were jailed.

“We suffered this injustice because we are poor and old. I blame the police who are overzealous in arresting innocent people and charging them with witchcraft, which cannot be proved in a court of law,” Supaunyolo told AFP.

She was released along with her friends — Liness Nkhukuyalira, 72, and Nurse Nthala, 62 — after a local rights group paid the fine and secured their freedom from the notorious Maula prison in the administrative capital Lilongwe.

“In Malawi, people hate old people,” Nkhukuyalira said. “They think everybody who is old must be a witch.”

About 50 alleged witches remain in Malawi prisons serving sentences of up to six years, says the Association for Secular Humanism (ASH), founded last year to fight abuses against alleged witches.

Belief in witchcraft runs deep in this conservative former British colony, where curses and spells are blamed for everything from unexplained deaths to the spread of AIDS to irregular rainfall.

“Of late there have been increasing cases of people being arrested and convicted based on accusations that they are practicing witchcraft,” ASH executive director George Thindwa told AFP.

“We want to secure their release of those labelled as witches because they are 100 percent innocent,” said Thindwa, an economist-turned rights activist.

His group, which doesn’t believe in witchcraft, wants to see the release of other elderly “witches”.

Last week they helped 83-year-old Namakhalepo Kamphata with food and cash donations after her three-year prison sentence, the longest anyone has spent behind bars for witchcraft in Malawi.

She was convicted with her nephew, 62-year-old Chigayo Tchale, of bewitching a child who died suddenly. Tchale died in prison last year.

They are “sick, old and need medical attention very urgently. The convicts are in a desperate situation as society has rejected them,” Thindwa said.

Cases of witchcraft often land in a legal black hole. A 1911 law from the British colonial era makes it illegal to accuse anyone of being a witch or to claim that one practices witchcraft.

In practice, the alleged witches — rather than their accusers — end up in jail.

Since the law doesn’t recognise witchcraft, belief in witches is both widespread and impassioned.

Suspects are often charged with conduct likely to breach the peace, landing them in jail but also protecting them from mob justice, police spokesman Davie Chingwalu said.

Witchcraft accusations have “reached a crisis point in Malawi, with many people taking the law into their own hands,” he said.

The state-funded Law Commission is now reviewing the law, which it said should “safeguard the rights of victims, especially women and children who are often the victims of witchcraft allegations, regardless of whether witchcraft exists or not”.

Thindwa also blames the courts, where children are often used to give damning testimony in cases like Supaunyolo’s.

While many suspects deny practising witchcraft, Medson Gibson Kachilika stunned Malawi by last year declaring before a court that he is a wizard, saying he should be free to practice his beliefs.

“I am a wizard and I teach others the practice. I am free to hold the belief that I practice and have powers to practice witchcraft,” Kachilika said in court.

Kachilika argues that it would be against the “liberty of an individual to compel them not to believe what they believe to be what they are.”

His case has yet to be heard in the constitutional court.