Instead of questioning the rationale behind postponement of the long awaited local government elections, there is need to examine the issue of local governments from two perspectives. It is not about saving money as claimed by Hon Anna Kachikho Minister for Local Government on 30th May, 2011. Germany under its Ambassador His Excellency Mr. R. Muller pledged total support towards the election of accountable and functional local governments.
The issue is about the accountability of local government organizations and councilors as individuals. The question of accountability arises from the fact that citizens in every locality have stake in the affairs of local governments because they pay taxes to receive public service delivery. This is because citizens expect improved service delivery from their local district hospitals, postal office, police, and education, transport and agriculture extension services.
The fact is that there is need for formal structures and decision making processes for the operation of an effective local government administration. During Tony BlairŌĆÖs time in England, there were consultations to elect executive mayors and appointment of district cabinet for eight people for the main functions such as trade, agriculture, security, education, health and tourism. In Japan, every district known as Prefectures elected an executive governor and a district cabinet system.
It is wrong to believe that an effective and functional local government begins with the election of councilors. If anything that should be the end point. It seeks an active participation in decision-making and taking of responsibilities within the government of the community. The argument is therefore unless citizens are actively involved in decision-making and the elected representatives become accountable to their actions, there is no need to have local governments.
It is a fallacy to expect effective and functional local governments after the election of councilors. There is need to reform existing institutional administrative framework in all district assemblies and the establishment of a central local government office in Lilongwe. Implementing an effective local government institution is a serious business and we need to learn from countries in East Asia. This is because democracy and decentralization are mutually exclusive.
Effective decentralization entails devolution of power from the centre. Local governments cannot function effectively with District Commissioners still in place. The position of district commissioner is a colonial legacy and must be phased out. The power of the president to direct development will automatically be transferred to the local governments. This is why the Constitution states that development is right to citizens not something to be given or withheld by an individual citizen.
Founding President Dr Banda, in spite of his weaknesses understood the importance of local government for rural development. He appointed mayors in cities and chairpersons in town and district assemblies. This is where many people get mixed up and start thinking President Dr Bingu wa Mutharika was wrong when he had postponed the local government elections to 2014. Some citizens in the North are calling for a federated system of government. Some cynical citizens think it is a total waste of public resources to have local government councilors.
The postponement of the local government elections should provide the opportunity to citizens to demand for the introduction of radical amendments to both the electoral law and the Local Government Act. Malawi needs elected Governors to manage the affairs in districts and a reduction in the number of parliamentarians. Instead there is need to establish semi-autonomous administrative centers in every district. Rural development should become the responsibility of elected governors in every district. These are the people who live and know development needs in their respect district not some individual in the capital.
Many people think change cannot be economically feasible. This is because they are thinking from the present context. Truthfully, what is the role of current members of parliaments? To debate bills in parliament and get them made into law. They cannot influence development because the budgets are made by the Minister of Finance without their inputs.
John Lennon sang; ŌĆ£life is what happens to you while you are busy making other plans.ŌĆØ Immediately the members of parliament get into parliament they become motivated by personal poverty. Simply put, it is local governments that can develop the rural areas not the president. Power to the people means transfer of responsibilities and accountability to citizens not just voting in an election. A motor cycle with one piston cannot run faster than a car. The same is true with a country. 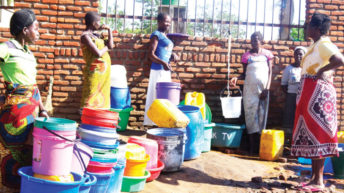 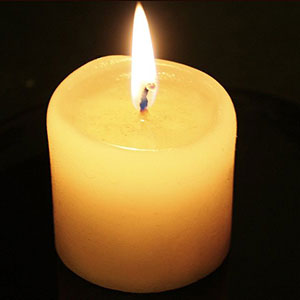