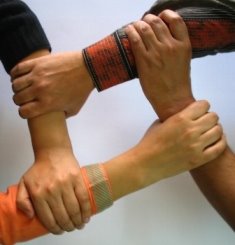 The Zalewa forest in the southern Malawi district of Neno, like other wooded areas within reasonable distance of urban areas, has long been under pressure from people seeking wood for fuel.

A study released in May by the United Nations Development Programme estimated firewood provides 95 percent of rural household energy and 55 percent for urban households and that this high demand is causing rampant deforestation in Malawi.??Zalewa has been no exception. The area lies in a rain shadow zone, experts say. Rainfall is unreliable, and the land is often dry and difficult to till, forcing many people to rely on charcoal and firewood to make a living.

“Until around 2000, people here didn’t know that we could benefit from this forest in a more profitable way while also sustaining it,” says Tedson Kameta, a former charcoal maker.

He said one of the trees prized for charcoal production is the tamarind, a common feature of the Zalewa forest. Tamarind produces a hard, durable charcoal that lasts a long time in stoves.??But Kameta is today a member of the Village Hands collective, which has turned from chopping down and burning trees to harvesting wild fruit for a growing domestic market in Blantyre and beyond.

Locals had long soaked baobab and tamarind in water to make a drink. David Zuzanani, operations manager for Village Hands, says until a project came in the area in 1996, the villagers had no idea that they could develop that drink into a commercial enterprise.

In 1996, the non-governmental organisation Wildlife and Environmental Society of Malawi (WESM), with support from GTZ (the German Technical Cooperation agency), had established a forest conservation project in the area. The project had established indigenous tree nurseries and income-generating activities including bee-keeping, raising guinea fowl and making cane furniture as alternatives to making charcoal.

The project also improved and commercialised juice production, which has had the most lasting impact, according to the villagers.

“As soon as people realised they could make money out of juice and the fruits, they started raising awareness in their areas to protect the forest,” says Zuzanani, who also worked with the WESM project.

The cooperative now bottles as much as 10,000 litres of juice each month, putting training from WESM and GTZ to use in producing quality beverages that have been approved by the Malawi Bureau of Standards.

The juice sells for the equivalent of $1.60 in major supermarkets like Shoprite, and at service stations, bringing in an average turnover of about two thousand dollars per month. The coop employs 11 local workers full time in its one-roomed factory. Others find work here on a casual basis, sorting and peeling and breaking fruit.

Production is entirely manual – soaking fruit in three large containers, before pasteurising it and straining it for pulp. One innovative technique extracts additional nutrients from baobab seeds to give one of their juices a distinctive taste and brown colour.

The cooperative buys all its fruit from villagers. In 2008, Kameta made a hundred dollars from the sale of baobab fruit from his field. He bought three goats and feed for his dairy cow. Last year, he harvested 40 bags and made two hundred dollars. He plans to buy an oxcart and start raising guinea fowl.

Village Hands is managed by 14 trustees, including a chief from each village. Its board of advisors comprises business people, environmentalists and quality assurance experts. Its mission statement is to “use indigenous forests in the area in a sustainable way and with local business development to create an alternative source of income to charcoal production for communities”.

In years of good profits, they share the returns through financing a project that a trustee village chooses.

“Some villages have chosen orphan care centres. We have financed several such small projects. But we intend to grow the business so that we can finance bigger projects such as boreholes and school blocks,” says Zuzanani.

In spite of progress, charcoal production still remains the company’s number one enemy.??”We have protected forest zones close to the populated areas,” says Zuzanani. “These ones cannot be touched by anyone. The villages guard them. So much of the destruction is happening further off. Those people have money and they can corrupt anyone. Chiefs are working hard to stop this but we also need the forestry department to help us.”??A forestry official at the main road block on the Shire River through which the charcoal passes to Blantyre confirmed the corruption. Speaking on condition of anonymity, he said it was difficult for his department to control the trade. “Government says [charcoal] traders should be arrested. That’s not practical. There is no law for that. Besides, there are economically-powerful and politically-connected individuals in the trade they would get you fired if you gave them trouble,” he said.

But the villagers think the company is the most important instrument for poverty reduction in the area.

“The factory is the best tool to improve living conditions for many people here, if it can grow. So we hope government sees what we’re doing and get these merchants out,” says Belita Ngomano, owner of a small grocery shop near where the factory is located.

She claims she and her husband opened the shop in 2009 with capital raised partly from selling tamarind fruits to the factory.