The price of fuel is going down in the USA Whereas here in #Malawi we don’t even have enough FOREX to import fuel! 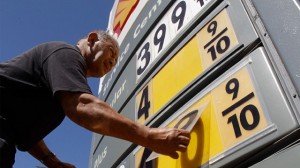 After facing $4 sticker shock at the pump for much of 2011, consumers are now likely to get a break by the July Fourth holiday weekend as gas prices fall to $3.40 or lower.

The catalyst is coming from both the U.S. and the International Energy Association, which announced plans Thursday to sell 60 million barrels of oil from emergency reserves and possibly more later.

The release, which includes 30 million barrels from the U.S. Strategic Petroleum Reserve, is aimed at cutting crude prices and bolstering the sputtering global economy by offsetting production declines in Libya and the Middle East.

Regular gasoline peaked at a national average of $3.98 a gallon in early May. Slumping demand has pushed the average to $3.61. Reserve sales could cut prices another 20 cents or more.

“This packs a psychological punch that’s going to lower pump prices, for sure,” says industry analyst Jim Ritterbusch of Ritterbusch & Associates. “This is a lift for both consumers and the economy.”

Although 60 million barrels is less than the daily global consumption of about 85 million barrels, the news fueled a sell-off Thursday in crude oil futures. Benchmark West Texas crude fell 4.6% to $91.02 a barrel on the New York Mercantile Exchange, a four-month low.

The move by the Obama administration and the IEA — formed by the U.S. and 27 other countries in the wake of the energy crisis of the 1970s — drew support and opposition along mostly party lines.

Sen. Sherrod Brown, the Ohio Democrat who has pushed for oil reserve sales since rising gas prices began threatening to derail the economy, applauded the decision. “It’s something we’ve been asking for for six months,” he says. “It’s smart and will help the economy.”

Republicans criticized the move. “The president is using a national security instrument to address his domestic political problems,” says House Speaker John Boehner, R-Ohio. “The SPR was created to mitigate sudden supply disruptions. This action threatens our ability to respond to a genuine national security crisis.”

Industry analysts say the U.S. is releasing just 4% of the petroleum reserve, not enough to dent emergency supplies.

“Instead of spending money at the pump, consumers will feel better about spending elsewhere,” says Patrick DeHaan, senior analyst at price tracker gasbuddy.com. He expects prices to range from $3.25 to $3.50 through