Malawi, not IMF, decided to depend on failing tobacco for forex 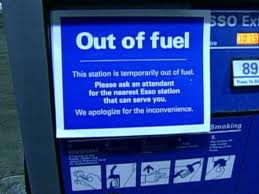 ANYONE who thought Grain Malunga, the Minister of Energy and Mining, had embarrassed government by admitting that it has failed to find a lasting solution to the current fuel crisis should have waited for President Bingu wa Mutharika’s latest ‘special address to the nation’. The Big Kahuna exactly echoed his minister’s words albeit in not as many words.

The fuel situation for the past two weeks has been the worst so far. Perhaps we should brace ourselves for even more hard times since nobody who is supposed to offer solutions seems to have any clue how to solve this. Malunga, him of the thankless job of ensuring that Malawi is wet with the all-important liquid from the Gulf all the time, threw his hands in the air and implored Malawians to just get used to the crisis. He was roundly condemned that his statement was less than inspiring. But, hey, the old dude was just being honest that government has failed to find a lasting solution to this.

And, out of the blues, we heard from State House that the old man himself would make a ‘special address to the nation’ last Friday. We had no clue what he would say but we could almost guess that he must have seen the pathetically long queues for fuel at service stations. He must have also heard (or read) about the anxiety caused by ‘zero-deficit’ budget his finance guy presented to Parliament recently.

But his speech – if truth be told – was not unlike Malunga’s in both tone and detail. While the minister was brutally honest to admit that there is no hope in sight the president saw nothing strange in the status quo. The problem was not unique to Malawi, Bingu said; there are always times when fuel pumps run dry in many countries from time to time. He even cited countries like Nigeria, which have oil wells, as among those that run out of fuel.

See now? The Big Kahuna is telling you not to be cry babies, if Nigeria – that has oil wells – can run dry what with little Malawi that isn’t only landlocked but has no single oil well as well? After all the old man has already told us he is not Jesus, so how do you expect him to transform water into fuel like the Son of God transformed water into wine the other day for the people of Cana in Galilee at some wedding? Did you count how many times Bingu reminded you that the 3, 000 vehicles you are importing from Japan or Dubai monthly don’t run on water?

He went further to remind us that the IMF, yes, those fellas in Washington that are trying to blackmail us into devaluing our dear little kwacha, told government to leave the importation of fuel to private companies. So, according to him, his government is not to blame for the fuel crisis but those clueless fellas at the Petroleum Importers Limited (PIL).

Oh, how I wish my good president was a little more honest like Grain Malunga and admitted that the fuel scarcity is entirely his government’s own making. Firstly, Bingu should admit his government is in charge of formulating policies that can make or break Malawi. Private companies operate within government policies. He should have admitted that the principle reason why we have this unprecedented fuel shortage is lack of foreign exchange reserves (forex) that have become endangered species because of suicidal policies of his government.

Look, Malawi has two main forex sources: tobacco – and, to a smaller extent, tea, coffee and now cotton – and donor receipts. Government policies have not succeeded into weaning us from over-dependence on the much-maligned so-called green-gold. Despite years of warnings from anti-smoking lobbies and anti-tobacco conventions we still have not found a replacement for tobacco.

And, as if the leaf is not endangered enough, we act like suicide bombers and let our over-size egos get the better of us by acting gung-ho and expel Her Majesty’s envoy despite voices of reason from all corners advising otherwise. Great Britain is a key member of both the IMF and European Union; are we surprised therefore that since the ill-advised and thoughtless expulsion of Fegus Cochraine-Dyet both the IMF and EU have black-listed us? Both Ruby Randall and Alexander Baum have just been diplomatic; what they wanted to communicate was that we are kaput!

The fact that we are fast losing dollars and Euros from both tobacco and donors is never the fault of PIL, commercial banks or the usual suspects – the opposition. The government is solely responsible. Even if PIL was run by some of the smartest brains in the world how could they procure enough fuel when they could not get forex anywhere in the country?

Businessman Leston Mulli has chided his fellow entrepreneurs for not investing in companies that can keep fuel stocks, a view repeated by the president. But, if truth be told, the reason behind the current fuel shortages is not PIL’s lack of storage capability. It is lack of forex. Look, it is the same companies that are accused of failing to supply fuel now that supplied fuel without failure before.

Of course there was a time when pumps ran dry during the Muluzi era but the reasons were not failure to buy the commodity. The problem was structural at source about which the government of Malawi could do nothing about. So PIL or entrepreneurs’ failure to construct stocking facilities cannot be blamed for the current crisis. The problem is lack of forex which must be blamed squarely on the door-steps of government. After all, the government has before come up with a myriad of reasons why we cannot have adequate and regular supply of fuel.

Bingu’s speech was therefore a disastrous face-saving attempt that only succeeded in insulting the intelligence of Malawians most of whom know who or what is to blame for the current crisis. The president could have done well to remain quite until his government had something that could pass for a solution to the crisis. Otherwise what he told us last Friday was a rendition of the same promises and lies lampooning on us since he taught us fuel was another reason Malawi has become a nation of queues.

Because the so-called Democratic Progressive Party is nothing but democratic it is almost predictable what will happen to Henry Dama Phoya and all those who think like him. They will start by stripping the Blantyre Rural East MP of his chairmanship of the Parliamentary Legal Affairs Committee and someone will then cook up something that will make some kangaroo DPP politburo court charge him with high crimes, try and convict him on the same and sentence him to inevitable expulsion a la Joyce Banda.

I wish I am wrong for the DPP is such a nice idea that should not be flushed down the toilet by egos too big for their bodies. DPP, to be honest, is just a young party only cushioned by the fact that its leader happens to be state president. The cracks that are currently emerging in the DPP will not make it explode; it will make the party implode which is much more disastrous than the former. Let me explain; an explosion will make some DPP leaders survive to claim the party while an implosion will take everyone down, pretty much in the fashion of the ‘sinking titanic’ analogy of one beleaguered Davis Katsonga.

Dama Phoya’s challenge to Heatherwick Ntaba on the fact that advice is almost impossible to dispense in the DPP set up where only one person decides who holds which position almost seven years since the founding of the party is quite instructive. A party that has almost three-quarters of its founding members constructively expelled is sure built on quicksand that can crumble like a house of cards at a mere blow of mwera winds.

If I were Bingu I would rather take the wise counsel of people like Dama Phoya that if I don’t change my ‘I-know-it-all’ style of leadership the phenomenally successful DPP may go the same way like that other party misnamed United Party that had effectively no one to unite.

Previous articleThe price of fuel is going down in the USA Whereas here in #Malawi we don’t even have enough FOREX to import fuel!
Next articlePresident’s very disappointing –civil society