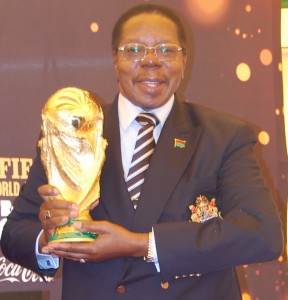 The July 20  Movement among other things demands from President Mutharika an explanation the source of his wealth within a period of seven years consistent with his mantra for zero tolerance to corruption.  Unless the zero tolerance to corruption was meant to hoodwink citizens and cooperating partners. Those who knew Bingu before being president fail to imagine how the State House can transform a pauper into a billionaire within such a short period of seven years.

The truth is that Bingu failed to campaign against the UDF in 1999 under his now defunct Unity Party. It was Bakili Muluzi his prisoner now who salvaged Bingu from the jaw of death otherwise he should have long gone by now.  Little did Bakili know that Bingu was an immoral person. He offered him a job as deputy governor of the Central Bank, later Minister for Economic Planning and Presidential Candidate; positions he did not deserve. But that is how deceitful people survive. It is short lived.

Operatives in the former ruling party, the UDF know too well how they had to fly to South Africa to buy presentable suits for Bingu as presidential candidates. Compounding the problem was that Bingu had no house in Blantyre which forced Bakili Muluzi to rent an executive house opposite former Secretary to the President’s private residence in Limbe. That was Bingu as a man. Today Bingu is a billionaire. What really has happened to transform this pauper from poverty to riches?

President Bingu wa Mutharika is now owner of  a farm in Kasungu, a farm in Salima, a farm at Mitundu- Bunda, a farm at Bvumbwe formerly Nbandanga Coffee Estate, Chitakale/Steco complex formerly the Smallholder Tea Authority a joint meant to benefit the poor of Mulanje and Thyolo and then Ndata  Estate. This is apart from real estates in Limbe and Lilongwe. Where has Bingu the President of Malawi got the money to buy all these assets? This is the question the Civil Society Leaders want Bingu to answer for Malawians to know. Long Live Democracy.