Malawi did not Block Social Media Networks to Quell Protests 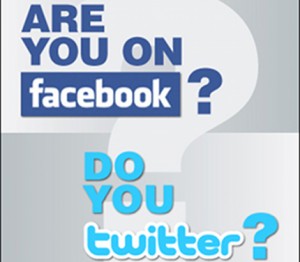 The story below is copied from pcworld.com and its untrue.  The Malawi government did not block sites like twitter or facebook.  This week has been a week of the 20July demonstrations in malawi and we have seen many websites and bloggers trying to get credit and back-links of the Malawi protests by writting untrue stories, mostly sourced from twitter. And as for Nyasa Times being down, we dont know about the so-called ‘DDOS’ but when we visited the website it looked like their database was down. Plus NyasaTimes in hosted in the Netherlands.  That’s a fact that we are sure that the current government in Malawi does not even know. So please (bloggers and webmasters) get your facts right before you type Malawi in your posts and dreamweavers.

The government of Malawi has shut down news websites and social media networks including Twitter and Facebook and has blocked signals from radio stations in a bid to stop the coordination of demonstrations that have so far left more than 18 people dead.

The Malawian government, through the telecom sector regulator, the Malawi Communication Regulatory Authority (MACRA), this week ordered ISPs (Internet service providers) to shut down and radio stations to desist from live broadcasts of the protests, claiming such coverage may incite violence.

The Nyasa Times website, a U.K.-based news website, has this week experienced massive and repeated distributed denial-of-service (DDOS) attacks that brought down its servers and disrupted its coverage of the protests.

The U.S. government has condemned the blocking of social media networks in Malawi as well as the ban imposed on radio stations.

In a statement Thursday, U.S. State Department spokesperson Heide Bronke Fulton said, “the Malawian government’s attempt to prohibit its citizens from marching and the ban on independent media coverage undermine democracy and the rule of law that Malawians cherish.”

As in other countries in Africa, the Malawian government has come under increasing pressure over its failed economic policies, the high cost of living due to increases in fuel and food prices, as well as a severe shortage of foreign currency.

While politicians in neighboring countries including Zambia, Mozambique and Tanzania have been tapping social media to communicate with voters, show off development projects and woo political support, Malawi has become the first country in Southern African to ban the use of social networks.

“The government must end its brutal crackdown and censorship immediately,” said Mohamed Keita, Africa advocate coordinator for the New York-based Committee for the Protection of Journalists (CPJ), in a statement Thursday.

Social media is believed to have played a major role in uprisings in North Africa, including the popular movements that forced out Egyptian President Hosni Mubarak and Tunisia’s Zine al-Abidine Ben Ali earlier this year.

It’s not clear how long the ban in Malawi will last. But efforts to sustain the ban on social media in Egypt and Tunisia failed as protesters continued to share information by blogging.

MACRA switched off the Capital Radio and Joy Radio stations, among others, to prevent them from broadcasting unrest in Malawi. Several journalists have been assaulted while others have been arrested and detained by security forces for covering the protests.

The demonstrations were originally authorized by the police but then banned by the Malawian government through a court injunction. In a bid to end the unrest, President Bingu wa Mutharika said he was ready to have a dialogue with opposition political parties to find a solution to problems affecting the country.

Social media networks have significantly grown in Africa over the past few years. Facebook, Twitter and blogs have been used as avenues to discuss economic and political issues. A recent survey by Google Zeitgeist, a tool designed to provide insight into Internet trends, places Facebook as the second-most-popular website in the region, with Uganda alone having more than 1 million subscribers.